It’s a (un)lucky day to get a tattoo.

Friday the 13th is here and with it the decades long tradition of one-day-only tattoo deals. For $13 unlucky dollars, plus a lucky $7 tip, tattoo parlors around the island are tatting up New Yorkers, all in the name of superstition.

The constant buzzing of tattoo machines fills the air at Fineline, the longest continually running tattoo parlor in Manhattan, as the shop embarks on its first Friday the 13th tattoo-athon. Willing bodies had their pick from a pictorial list of small per-designed tats, ranging from a skull to a paper airplane, all with a 13 incorporated, to be placed on their legs or arms.

“I feel like it would be off putting for some people to pick from the sheet, but I feel like sometimes people think there needs to be too much sentimental to a tattoo,” patron John Walsh said before getting three arrows tattooed on his leg. “It’s just tradition.”

Owner Mehai Bakaty, whose father, Mike, founded the tattoo parlor in 1976, said that the makeshift holiday lets him give back to the customers who usually shell out a minimum of $80 to be inked.

“We can get new people in the shop,” Mr. Bakaty said, as groups of friends, couples, and a pair of brothers made their way through the doors into the cramped waiting area of the Lower East Side shop.

For some, the superstitious tradition goes far beyond the discount. “The tradition of 13 being an unlucky number is a bit of a societal magic when in reality, the number is the same as Jesus and his followers,” one patron said before loping off to get a red and black Saturn tattoo.

Decorated Manhattanites can take part in the superstition through midnight.

But don’t expect abiding by the tattooers’ superstition will make your experience any less painful.

Mr. Walsh admitted, “No matter how many tattoos you get, it still hurts.” 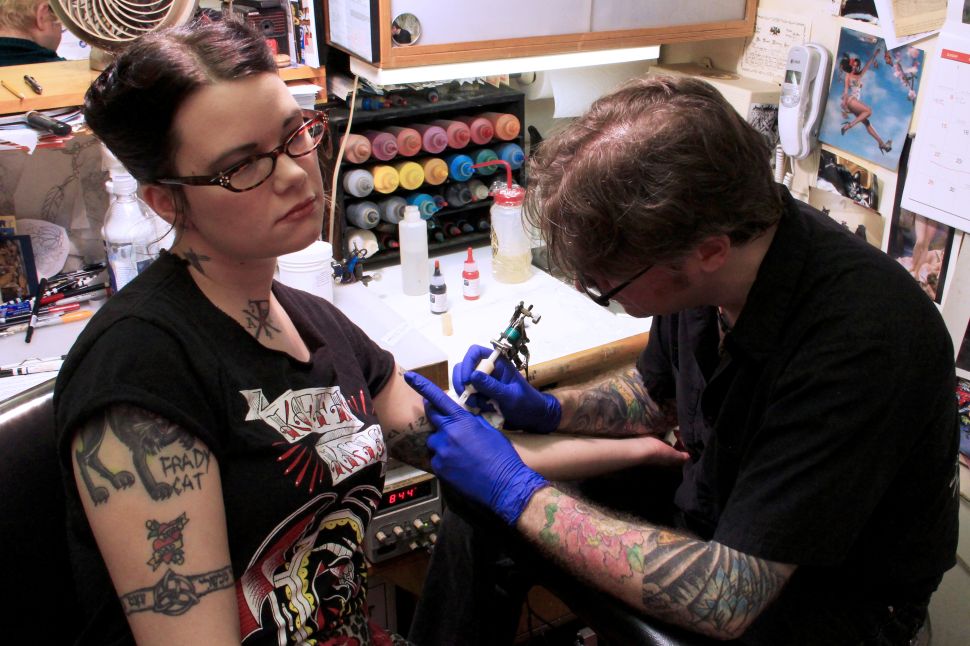