“GS interns post their resumes in their Tinder bios.”

This is a line from one of the many attacks on Goldman Sachs summer interns on Yik Yak, the location-based anonymous discussion (read: bullying) app.

The app is infamously known as a forum for attacking women, minorities, homosexuals, everyone, and now Goldman Sachs interns. Psychiatrist Dr. Keith Ablow has called Yik Yak the “most dangerous app [he’s] ever seen” on Fox News.

Neither Goldman Sachs employees nor interns could not be reached for comment on the story, probably because they are too busy slaving over Excel spreadsheets.

Although it is somewhat ambiguous as to why Goldman Sachs summer interns are the new victims of Yik Yakers, New York speculates it’s a product of their massive salary and 2% acceptance rate into the firm’s internship program.

So we’ll probably say that Goldman interns are too busy making $15,000 this summer to care about Yik Yak. 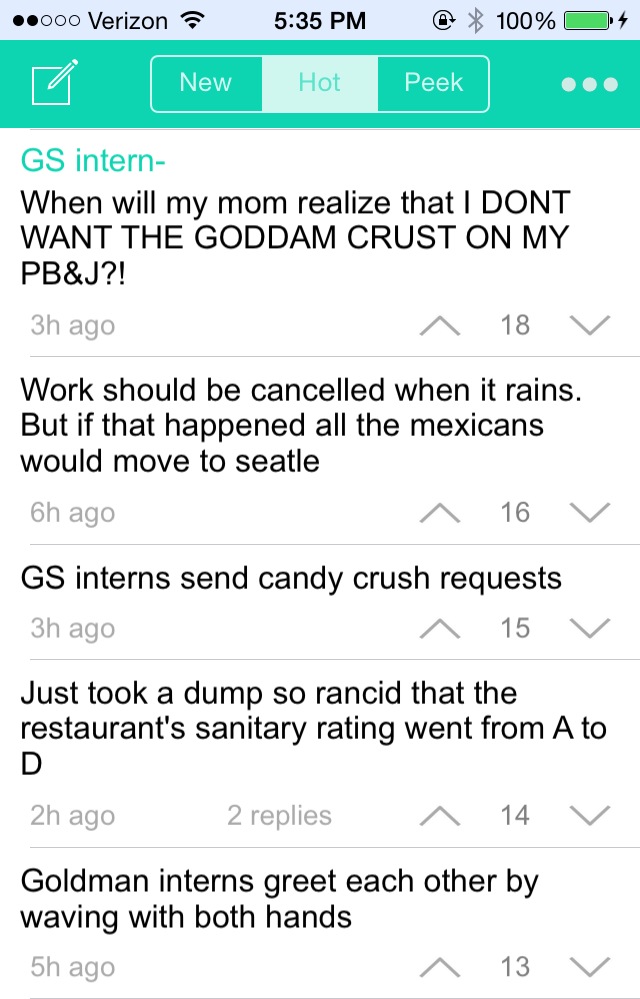