The New York Rangers face off against the Los Angeles Kings in Game 1 of the Stanley Cup finals tonight, rekindling the East coast vs. West coast rivalry and all bets are high.

Well, except for one.

And if our beloved Blueshirts win, what will Gov. Cuomo take home from Gov. Brown? Lightly salted brown rice cakes and a copy of the book “California, A History” by Kevin Star.

Gov. Cuomo claims he agreed to the grossly uneven bet because he’s confident that the Rangers will reign supreme.

“Both the Rangers and the Kings have put forward spectacular championship runs and hockey enthusiasts from the East Coast to the West Coast can surely look forward to a hard fought series,” he said in a statement to the WSJ. “However, given the tough, New York-resilient spirit with which the Rangers have advanced through the playoffs so far, I am wagering big on the Broadway Blueshirts with a Taste of NY Basket of some of New York’s finest products.”

While his confidence is admirable, Gov. Cuomo should have put his negotiation skills to use. This bet is so lame, NJ’s Governor Chris Christie called into CBS’s Boomer and Carton to mock it.

“Could you imagine if he offered me brown rice cakes?,” Gov. Christie told the morning sports show. “Fuggedaboutit.” 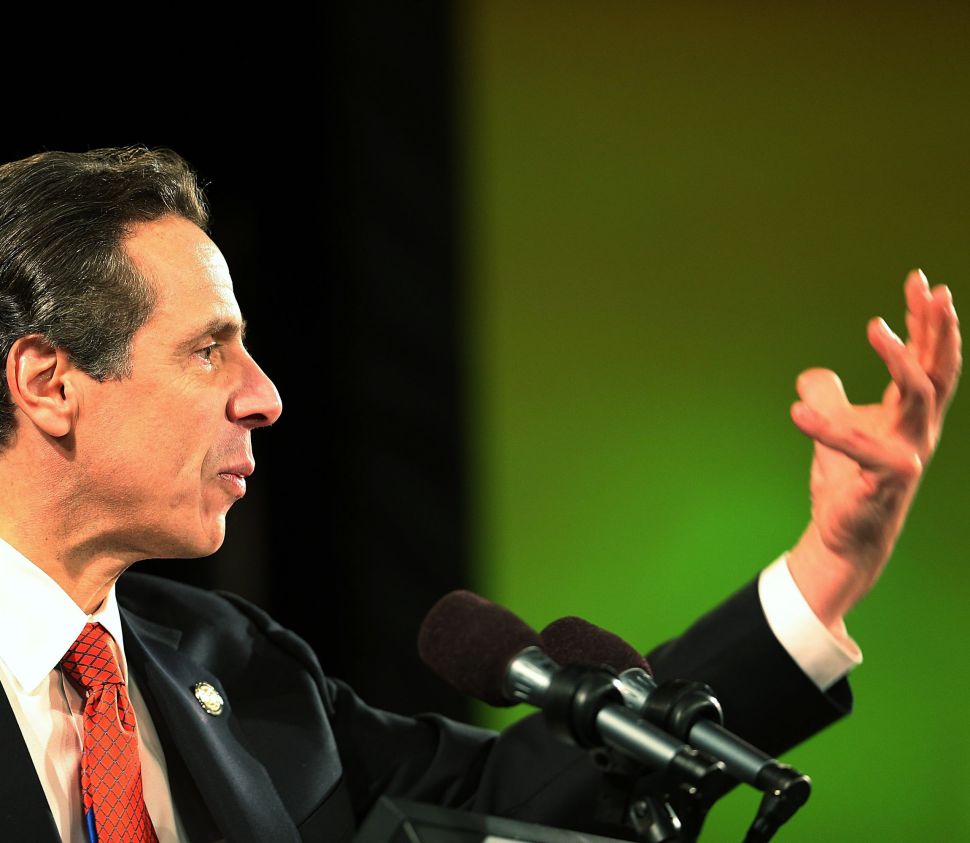