“I haven’t cried,” Greenstein joked to lighten the mood, thanking about 50 supporters who cheered the state senator as she walked into her election night campaign headquarters.

Greenstein – who, living in a contested legislative district, is no stranger to tough political fights – thanked her family and supporters while flanked on stage by her Statehouse districtmates, Assemblymen Dan Benson and Wayne DeAngelo.

“This is the first loss I’ve had in a political campaign,” Greenstein said.

“I feel so glad to get to know so many of you,” she said. “I want to thank each and every one of you.” 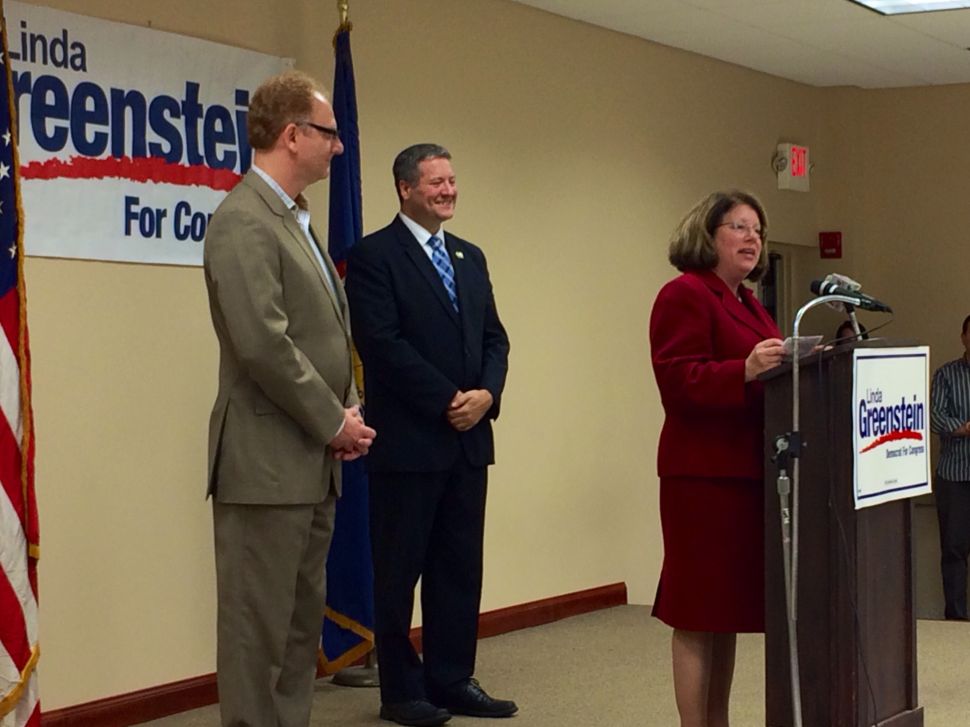