Congressman Hakeem Jeffries and community leaders came together today to call for the deployment of federal law enforcement to nab whoever is responsible for the recent stabbings of two East New York children.

“These are unspeakable crimes that have shaken the East New York community, which is a close, tight knit, family oriented community,” Mr. Jeffries declared today in East New York, Brooklyn. “There is a psychopath that is on the loose, who can strike again at any moment. That is why we need all hands on deck.”

He proceeded to explain that he had sent a letter to the FBI asking the organization to assist the NYPD with forensic and technical resources as well as more manpower.

6-year-old Prince Joshua Avitto was stabbed to death on Friday and his friend, 7-year-old Mikayla Capers, was also injured in the same building but has survived. A vigil with lit candles, teddy bears and posters stood in the background.

As newspapers like New York Daily News and the New York Post have reported, tragedy struck twice in East New York in the past weekend. On Friday, 18-year-old Tayana Copeland was stabbed in the chest while two minors were attacked on Sunday as they rode the elevator. Both crimes remain unresolved.

Mr. Jeffries also mentioned that a connection between the two crimes couldn’t be ruled out since they share many characteristics. Both involved brutal violence, the knife used in both was similar and is a model that is no longer in commercial circulation and the incidents occurred in close proximity to each other and were unprovoked.

“There is also a community left behind, ripped with fear, anxiety and uncertainty because we do not know who is responsible for these heinous and brutal tragedies,” Mr. Jeffries said.

“The city should not rest until the individual or persons responsible for these tragedies are brought to justice,” he added. “We are chasing a ghost. Nothing else exists beyond that sketch.”

John Rodriguez, president of 75th Precinct Community Council and an inhabitant of the area, was deeply upset.

“This is our home. And I am going to tell this criminal, if you’re watching us on TV, the police is working very hard to get you off our streets.” Mr. Rodriguez said. “But not only the police is working hard, our community and people is also working hard to get you off the streets. You are an animal. You don’t deserve to be loose in the streets of our community killing our youth.”

Prince Joshua Avitto’s family was also present at Boulevard Houses. His older brother, Sharod Jean Pierre, was in tears as reporters approached him when he tried to enter the building. “He was more than a buddy, he was my daughter’s uncle. I don’t know what to tell her when she asks where her uncle is.”

His uncle Scott Avitto also spoke in front of the vigil. “It’s hard, the family is grieving, and I do hope justice is served. The community is watching.”

He echoed the sentiment of the family and the community when he said: “It was senseless, senseless, with no justification behind it.” “We want answers. If they catch him, why, just why?” 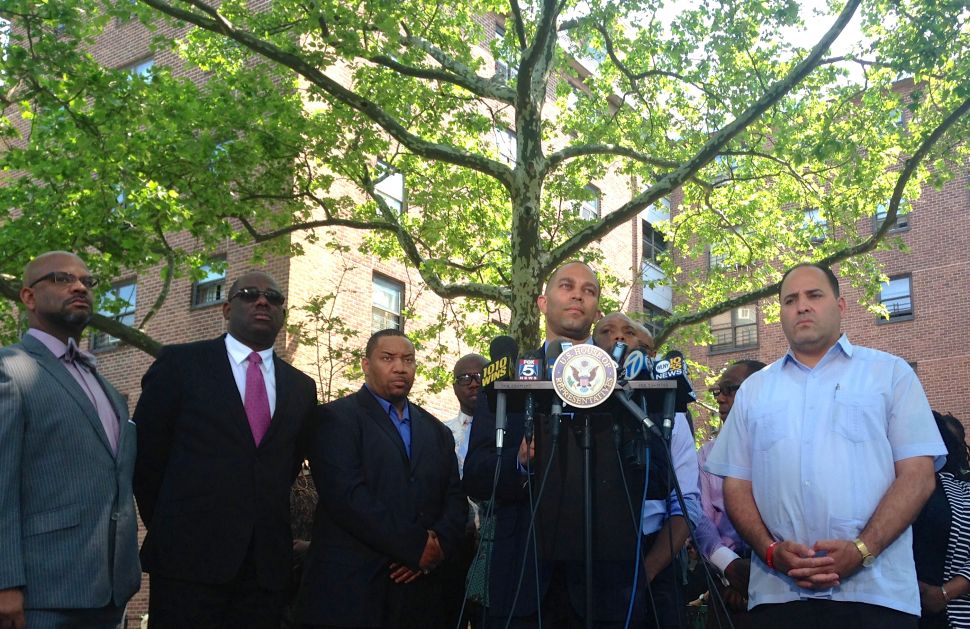