More extreme lows for the principals of Halt and Catch Fire this week as we are engulfed in the somewhat controlled chaos of another one of Joe Macmillan’s sociopathic schemes. In “Close to the Metal” we have a self-contained plot that’s actually engaging until you realize the twists are more of the same. Opening with celebration as Cardiff’s PC development team cross what’s called the Doherty Threshold, a term that describes the less than 400- millisecond response time that a system can interpret and process a command. The threshold represents the point at which a user’s interaction with the machine becomes addictive. As we learn from the menacing new character, a reporter from the Wall Street Quarterly, other tech companies have celebrated this achievement only to fail later when rendering the actual machine.

Showing a response time of 396 milliseconds in its embryonic stages, Cardiff’s PC clone is running an early part of Cameron Howe’s BIOS code and must be suspended in mineral oil to prevent over-heating. In order for it’s processor to stay cool while achieving a speed that exceeds the pre-determined capabilities set by the manufacturer, the team uses the risky method of “over-clocking” which could potentially burn the motherboard from over-voltage and extreme heat generation.  There could be no better allegory to where Halt and Catch Fire currently stands by the end of this episode.  For the increasingly unlikeable main characters, it seems like every week is a baptism by fire. They are reaching a point where their flaws are becoming more of an expected nuisance than an obstacle to help them grow.  Howe is the angry, angsty rebel, Gordon is a terrible father and husband while Macmillan is a lying and manipulative sociopath. Were we fooled into thinking the show was about them? With the focus and anchoring of Gordon Clarke’s wife Donna, there may be hope yet in having a likable character on the show.

The reporter visiting Cardiff has absolutely no interest in writing about the struggling company and acts as a good voice for those watching and reviewing the show from an objective standpoint. It’s almost as if the writer’s are self-aware of the show’s major flaw of the principal characters consistently hitting lows and making questionable judgment calls that make them unlikeable people. It’s like show runners have a checklist and quota to meet each week. Macmillan must lie to get something he wants. Howe must behave manically and lash out against her coworkers and most importantly for this episode, Clarke must neglect his family. The vehicle for this week’s display of personality disorders is a perceived crisis when a power surge hits Howe’s machine erasing her BIOS code. As we expect, Clarke irrationally panics and even begins to attack Howe, Howe breaks down and is exposed as sloppy and irresponsible when they learn she has not properly backed up her work, and of course Macmillan begins spinning and manipulating the situation to serve his own needs. I was intrigued and then fooled by this situation just as the Wall Street Quarterly’s reporter was.  Disinterested in the company’s daily operation and survival after it’s beat down from IBM, the reporter has now found an angle he believes to be interesting, the morbid self-destruction of Cardiff’s employees and the looming failure the company faces. I can’t help but feel those are the writer’s intentions for the viewer. Are we supposed to care less and not have any hope for the technological progress the characters are trying to achieve just to focus on the destructiveness of their actions?

The only character I now care about and have invested interest in is Donna Clarke. In the midst of the BIOS code crisis, she is brought in to save the day and recover the lost work. Acting under a false identity while the reporter watches, She begins to help the Cardiff team assess the damage and propose some solutions. Donna is brilliant, caring, hard working, emotionally stable and most importantly, she makes sacrifices for her family. All these traits combined seem unrealistic for one character but if it’s what we got to counter the extremes of the others, then I’ll take it.  In fact I wouldn’t mind if the show centered around her completely. When considering the two types of viewers tuning in every week, Donna’s story satisfyingly serves both the common viewer who can relate to her struggle to balance work and home life as well as the tech-savvy crowd who will admire her abilities as an engineer.

Donna neatly bookends each of the principal character’s struggles in this episode and establishes herself as a more centralized force in not only the PC clones development, but in the show’s progress in general.  Donna makes a breakthrough in the overall story when she “recovers” 93% of the BIOS code and saves the day. Her husband is forced to realize his mistakes and apologize for neglecting his daughters and underestimating his wife. She sternly puts Howe in her place by showing her what a mess Howe’s life has become since “sleeping with someone to get the job”; a charge Howe accepts and elaborates on in her self-pity. Donna seems to reach Howe until her daughters reveal that the Clarkes had some not-so-nice things to say about Howe, something that causes Howe to almost destructively lash out against the family. Donna’s relationship with her husband rides the same ups and downs every week. Simple enough this time, Gordon is mostly absent minded about his responsibilities as a father and focuses too much on his task at Cardiff. While it’s small victories for Donna in dealing with her husband, Gordon doesn’t seem to be growing but instead seems to become more dependent on Donna as the show progresses.

Donna, still being the outsider (for now) clearly sees’s that Joe Macmillan is a man who will do just about anything to get ahead. In what is supposed to be a twist in the episode’s story, Donna discovers that Macmillan meticulously planned the crisis to peak the interest of the reporter and to get any kind of story published, regardless of how it makes the company look. She confronts him but finds that he lacks any regret for what he’s done and sees the day as a victory. Hoping to get a more apathetic response from her husband, she realized that his goals are more aligned with MacMillan’s when he responds with “Did his plan work?” While Macmillan may be right, in assuming there’s no such thing as bad publicity, his method was morally wrong. He pathologically lied to everyone and almost cost Donna her job at Texas Instruments by eating up valuable time she should have used to reach her own deadlines. When the smoke is cleared, Macmillan, Howe and Clarke are back on track with their mission because of the sacrifice Donna has made. What is she left standing with? Probation from Texas Instruments for her poor performance and the realization that her husband has drank Joe Macmillan’s Kool-Aid.  If this is the setup for Donna joining Cardiff Electric full-time and making her more than a supporting character, then this show could finally have not only a likable character that viewers can root for, but a staple that could breathe some life into what’s become a very dark and unnerving series. 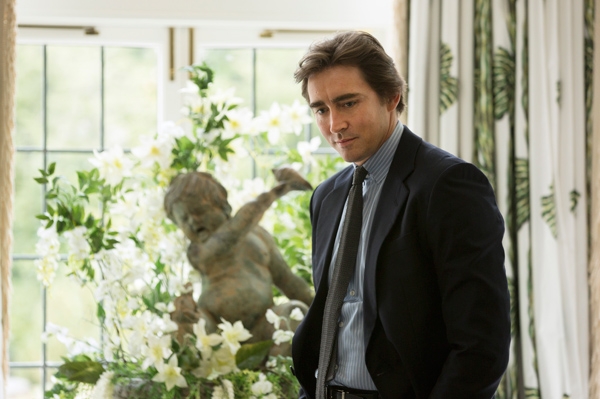