If Jacobson does not immediately order Christie not to cut $2.4 billion out of the state pension system in order to close a budget gap, Rosenstein said she is at least hopeful that the judge “will send some signal” that the governor needs to obey the law by making the payment to the pension system.

“The law is direct and clear,” the labor leader said. “The payments have to be made.  …I don’t know that we’ll get a decision today, but one way or the other the matter is going forward.

“Everyday money isn’t put into this pension plan, the plan is put more in danger,” Rosenstein added. “This plan is at a critical status. If we were in the private sector, people would be put in jail for this. What Chris Christie is doing violates the law.”

Christie earlier today said he would veto the Democrats’ alternative to his own budget plan, which depends on stripping $2.4 billion out of the pension system.

“I think this governor has made it clear year after year that he will protect the interests of millionaires and profitable corporations,” Rosenstein said. “He’s made it completely clear where his interests lie so it doesn’t surprise me at all that he comes down on the side of the very wealthy.

“I think they [the Democrats, in their budget] did the right thing when they put the money in,” she added. “I don’t see how they could have done anything else. They passed the law and so now they are doing what the law says.” 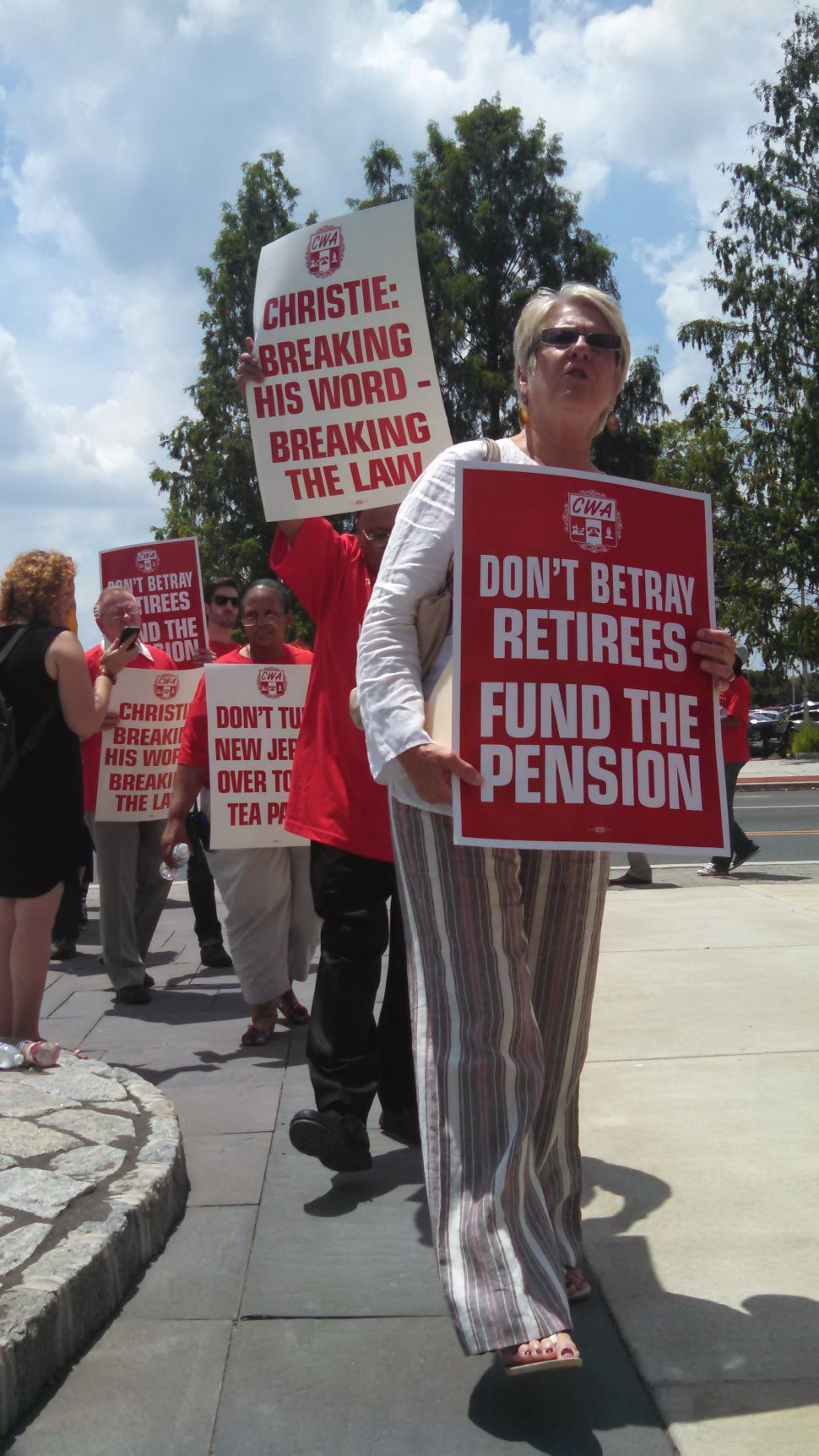