The Daily News reports that one of the songs presented in court is a collaboration between Mr. Herron and national hip hop artist Waka Flocka.

The video for the song “Live by the Gun, Die By the Gun” was filmed in the Gowanus Houses in Brooklyn and depicts Mr. Herron wearing red, a color known to be used as a symbol of the Bloods gang. The song lyrics are posted with notes on the annotation website Rap Genius, and a note attached to the line “N—-a shot me five times, Two days later the n—-a died” claims “In 1998, Ra Diggs got shot by a rival drug dealer in Brooklyn. The shooter was killed two days later by Ra’s cousin.”

“One is about showing off materalistic values with  immature type of lyrics, and the other are lyrics about social injustice and creating a bond to bring a balance to urban life,” Dr. Munoz-Laboy said. “Hip hop becomes a form of expression, it produces a new culture and language for people who don’t have a voice.”

In his opening statements, defense attorney James Neuman echoed that sentiment, and said that the lyrics are his clients way of “being a voice for the people in the projects where he grew up,” Pix 11 News reported.

But a former crew member took the witness stand and said Mr. Herron’s lyrics are merely used for “Promotion. Advertising. His brand,” to “install more fear with people,” according to the Daily News.

The jury was given lyrics to read along with the video that came with a transcript, and the jury’s demographic was made up of 10 whites and 2 blacks who appear to be middle-aged.

Dr. Munoz-Laboy said that, in his opinion, the perceived cultural and age difference between the defendant and the jury doesn’t provide the platform for a fair judgement.

This case is one in 18 nationwide that have considered using rap lyrics as evidence, according to the American Civil Liberties Union. Of those 18 cases, 80 percent presented lyrics as evidence in court. Mr. Herron’s case furthers the on-going discussion of whether rap lyrics should be thought of as incriminating or artistic expression.

In an amicus brief on the National Coalition Against Censorship website, the ACLU responded to a similar case that reviewed rap lyrics as evidence in New Jersey. The ACLU wrote, “That a rap artist wrote lyrics seemingly embracing the world of violence is no more reason to ascribe to him a motive and intent to commit violent acts than to saddle Dostoyevsky with Raskolnikov’s motives or to indict Johnny Cash for having ‘shot a man in Reno just to watch him die.'”

So much for freedom of speech. 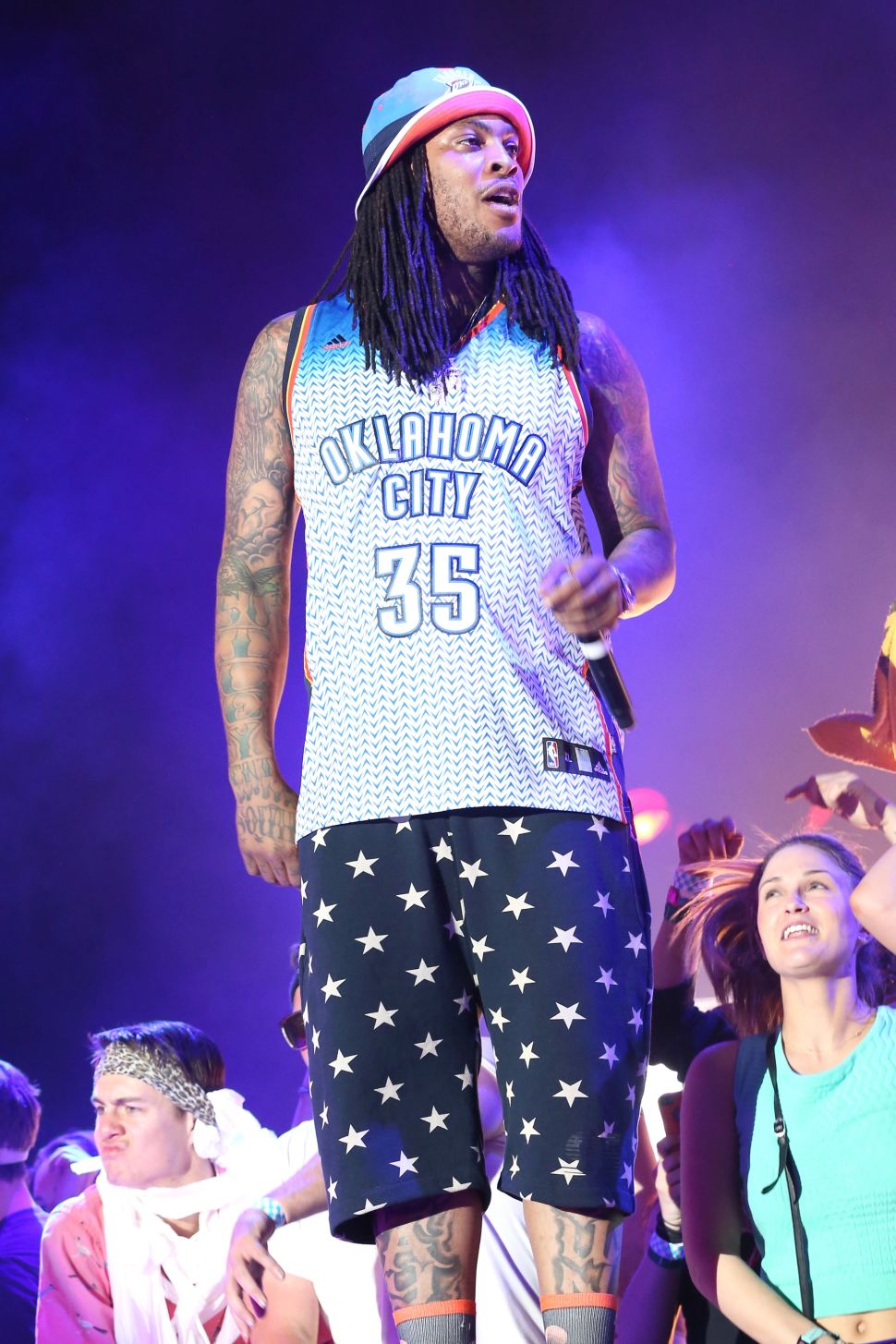