TRENTON – In a letter dated yesterday, June 18th, Rutgers University Dean John J. Farmer, Jr., the school’s general counsel, told the Board of Governors and Board of Trustees that while he opposes Senate President Steve Sweeney’s (D-3) Rutgers bill, he would not support litigation by the university against the legislative and/or executive branches of government if it passes today.

In S.1860, Sweeney wants to increase the number of board members at Rutgers from 15 to 19, giving the governor the power to appoint those additional four members.

The measure goes before the full senate this afternoon.

Farmer weighed in on the thorny issue in his letter, opposing the measure while opposing fighting against the measure’s imposition in the interest of preserving good Rutgers relations with the governor and lawmakers.

“I believe it is clear that the legislation, if enacted, would be unconstitutional unless it is consented to by the Board of Trustees and Board of Governors,” Farmer wrote. “As both of our Board Chairs have testified, the legislation is unnecessary, and purports to address a problem that either does not exist or can be addressed in other ways. In addition, the criticisms of Rutgers’ management frequently cited by supporters of the legislation bear no relation to the duties or powers of the Board of Trustees and will not be addressed by the proposed remedy. I therefore oppose the bill.”

Farmer opines that Sweeney is mistaken when he says that there is no difference between Rutgers and the College of New Jersey or Montclair State, which have entirely publicly appointed boards and necessarily narrower missions.

“The governance structure set forth in the 1956 Act is a function of the unique role the school is intended to play in the life of New Jersey, coupled with a sober assessment of the likelihood of political interference in any such enterprise in New Jersey,” Farmer wrote. “It is no exaggeration to say that the trustees exist to safeguard Rutgers’ autonomy.”

Celebrating the Rutgers-UMDNJ legislation struck by Sweeney and affirmed by Christie as “their greatest accomplishment,” Farmer then opposes the notion of fighting state government against Sweeney’s bill if and when the governor signs it.

“The challenges Rutgers faces will be insurmountable if the support from the State erodes,’ Farmer said. “That will almost certainly occur if the university is in litigation.

“Let me be clear: I oppose the bill,” he added. “It is not clear to me that there are sufficient votes in the legislature to pass it, so Rutgers should continue to work to ensure that it does not pass.

If the bill does pass, however, I believe it would be a grave mistake to equate its provisions with the attempt, two years ago, to take away an entire campus, or the attempt, last year, to eliminate the Board of Trustees. In fact, the bill as amended barely resembles the version proposed by Senate President Sweeney in March.

“The State will surely argue, for instance, that S. 1860 now preserves the one-member margin on the Board of Governors; there will be 10 public members and 9 trustee members,” he added. “Although I believe, and have so stated, that this argument will be unavailing because the bill shifts the appointing power decisively in favor of the Governor and introduces the legislature as a player in the appointments process, there is no question that this is a closer call – and a more modest approach — than removing a campus, or eliminating an entire board, or appointing four additional public members.  …Litigation always carries a particle of risk; there will be arguments available to the State in this case that would not have been available under prior proposals. The consequences of even successful litigation are, moreover, unclear.” 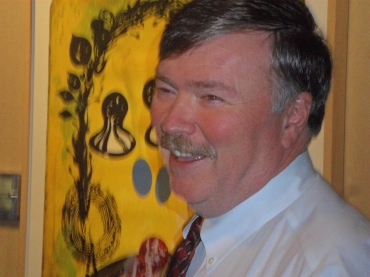