NEWARK – In the middle of the chaotic and cathartic post-election Unity Party organized by Newark’s political players on Thursday night, Newark Councilwoman-at-Large Mildred Crump made it clear what she believes her place in the city’s political pecking order will be when Newark Mayor-elect Ras Baraka takes over City Hall in six weeks.

“Right now, it looks like I’ve got the votes to be Council President, and that’s five votes” Crump told PolitickerNJ.com, referring to the majority vote needed on the nine-member Newark City Council. “The deal is never done until the vote is taken, but I feel strong. [Baraka] supports it.”

Crump’s comments came on a night when allies of Baraka and rival Newark mayoral candidate Shavar Jeffries came together to get down on the dance floor at Loft 47 in downtown Newark as a way to salve wounds received in the latest skirmishes in the running battle that is Newark politics. Crump, who in 1994 became the first African-American woman elected to the city council, is a veteran warrior of these Brick City battles.

But in the end, nobody puts Crump in the corner in Newark politics.

Observers of the Byzantine world of Newark politics have speculated that Quintana might now be seeking the council president’s seat, a spot he briefly held last year. Crump, however, shouting to be heard over the classic Gloria Gaynor song “I Will Survive,” seemed confident that when it comes to keeping her council presidency, another song comes to mind: Hank Williams Jr.’s “It’s All Over But the Crying.”

“I know that there are rumors that Luis might make a move, but I think that’s just what it is – rumors,” Crump said as revelers swirled around her. “I plan on talking with Luis very soon.” 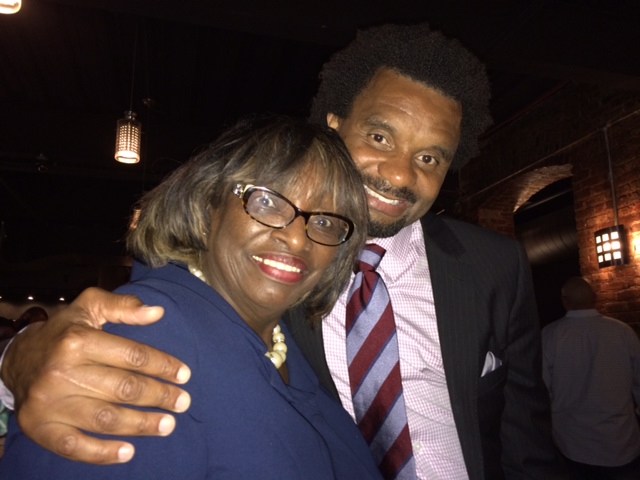