Comedy Central went back to the well again for a new pilot, and by “well” I mean “Youtube.” Following the successes of Workaholics and Broad City, two shows that started out on a computer screen, the network has tapped web-series BriTanick for a half-hour pilot. And for those confused, it rhymes with “Titanic.”

BriTanick is actually Nick Kocher and Brian McElhaney, two graduates from NYU’s Tisch School of the Arts that launched their web-series back in 2008. They have since then amassed a following of more than 240,000 subscribers. Kocher and McElhaney will write the pilot alongside Arrested Development’s Troy Miller, who will also direct.

Before you grab your camcorder and start uploading like crazy because that is totally how you’re going to make it, you should know these guys have some major street (web?) cred. Joss Whedon, director of everything popular ever, wrote on his blog “I’ve watched them many many times…these guys are the guys.”

Here are three pretty great BriTANick videos to get you introduced to the guys, complete with guest stars, poop jokes and male nudity.

1) “The Coach, featuring Mr. Whedon himself.

2) “Sexy Pool Party.” Stick around for yet another celebrity appearance from a fellow Whedon-backed actor.

3) “Boys Night In.” Okay, this one doesn’t have any guest stars, but it is hilarious and Batman: Arkham City is my ish, yo. 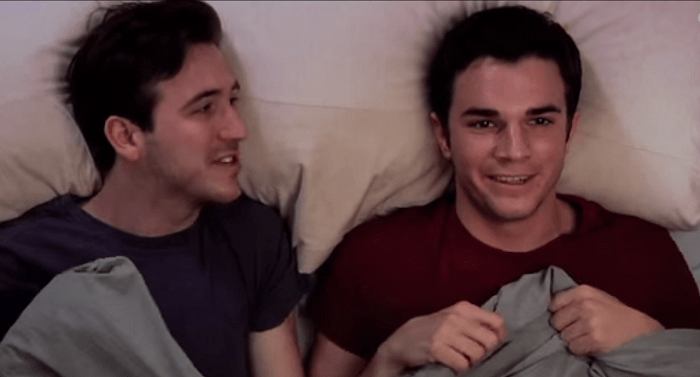