TRENTON -Senate Minority Leader Tom Kean (R-21) and veteran state Sen. Shirley Turner (D-15) collided briefly in friendly disagreement in the hallway between chambers this afternoon shortly after Democrats pushed their $34.1 billion budget off the floor by a 24-16 vote.

Kean dug in on his floor comments against the budget. The Democrats’ plan would drive people out of the state, contended the minority leader.

Turner said she was proud for the first time in a long time to vote for a budget plan that hikes taxes on millionaires, and, in her view, fairly distributes the pain.

Meanwhile, the Assembly continued to crowd in their sound bites, but the driving story all day concerned the pre-arranged quality of the discussion.

Christie will veto the tax hikes proposed by the Democrats and rely on $900 million in pension funds to help plug this year’s difference. A source said leadership is aware of where the governor will make additional cuts – and where he won’t cut.

“There won’t be any surprises,” a source said. 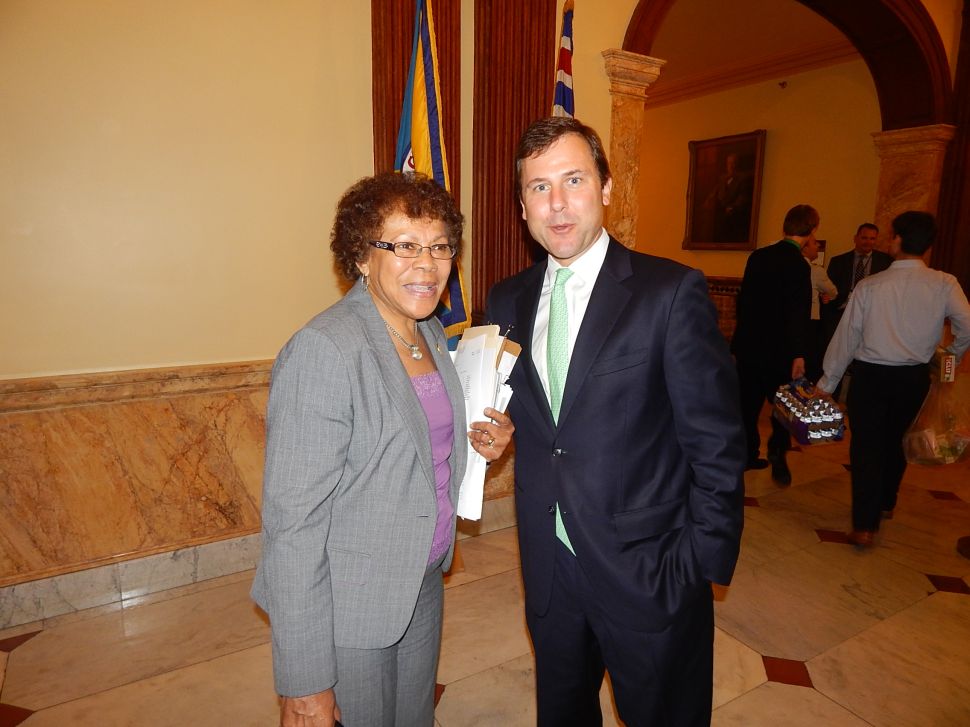