So I came across the news that England (not Germany?) is giving the one and only David Hasselhoff his own fictional, six-part series, in which he will play a version of himself named the Hoff. Shot in a doctumentary style, the show will revolve around the Baywatch star moving abroad to jump start his career.Naturally, I planned to write up this whole take-down about how terrible of an idea that is, and punctuate that point with an awful David Hasselhoff video because I’m so clever.

Have you ever entered the words “David Hasselhoff” into Google, much less Youtube?

It’s a treasure trove of weirdness. A goldmine of awkward. The One-Eyed Willie’s pirate ship of things that make you go, “wha?” There’s this. And this. And even this. It made me rethink Hoff the Record completely. Of course giving Mr. Hasselhoff a Curb Your Enthusiasm-style, semi-improvised show is a good idea. It’s genius. Give me more Hoff. Give me more of this.

Want to crank the craziness up another level? Hoff the Record will exclusively be running on a channel named Dave. David Hasselhoff will be starring in a show about a fake David Hasselhoff on a network called Dave. Call me Dustin Hoffman in an early 90’s, live-action remake of the Disney classic Peter Pan, because I am hooked.

So, to answer the question ‘Is the world ready for Hoff the Record?’ Absolutely not, no. But for the love of Hoff, it’s coming anyway. 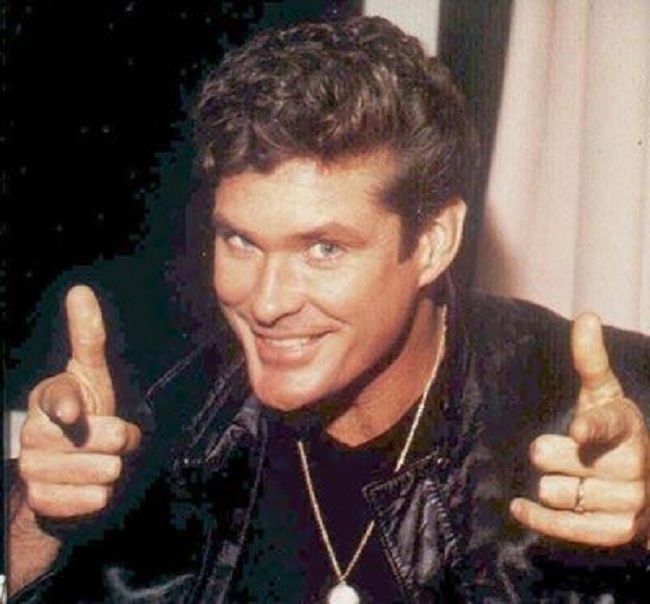