1. Last month, I gave a talk at the London Business School’s eighth annual Art Investment Conference, which this year had the theme “Sketching the Future of Art Investment.” My keynote speech, which closed the daylong conference, was entitled “Spec-U-lecting: Art and Finance in 2014.”

Here is a synopsis of the territory I covered:

The headlines continue to rage with higher and higher prices, but what is the real cost of entry (and on artist’s careers) and how accessible is the market for non-professionals? How to understand transaction costs, liquidity, private vs. auction disposition strategies, and the unique ecosphere that is the gallery world.

The faceted natures of the market from modern to classic contemporary to cutting edge all have wildly different languages and parameters essential before wading in. Who are some of the names on both sides of the playing field, from the hyper inflated, to the all but out of business, the cycles get shorter and shorter, as do the trading practices of many involved.

Is there such a thing as a collector in the traditional sense of the word, as in connoisseurship, or is that even an issue any longer when advisers proliferate at every level (they should be licensed and morality tested)? What is the role of technology in this all, from greater transparency through public price archiving, to quicker methods of disseminating information around the globe in a heartbeat (by way of an Instagram)?

With kids out of school, from all corners of the planet making and selling more art than at any other prior point in history (and people buying more), sometimes for hundreds of thousands, there is no better time to be in, and to beware.

In the press and elsewhere, the subject of art speculation has been done to death. Even I am getting bored of it. The one thing I got out of the conference came from an insurance broker. He described a new (potentially revolutionary) product to guarantee title and authenticity in a day and age where any estate worthy of offering an authenticating process has abandoned the practice due to the prohibitively high legal costs of defending claims. He also mentioned a service soon to become available to banks and other lending institutions to permit borrowers to keep their leveraged art in situ rather than in institutional warehouses and to cover banks’ shortfalls if art collateral falls below the loan value.

The broker went on to say that he hoped the (potentially enormous) freed-up capital pool wouldn’t be rolled back into art—but he missed the point. This was an investing conference, so why not lead the way in opening the floodgates so people could double up, piling on some leverage and in the process goose the market further?

2. To avoid the restrictive practice implemented by many gallerists of instituting “liens,” i.e. clauses that preclude resale or auction without a right of first refusal to the primary dealer, art can be bought through agents with “rev(enue) shares” which entail buying without commission and sharing as much as 50 percent of the upside with the advisor. (Having practiced law in a past life, I researched the topic and found such provisions wholly unsustainable.)

When a private dealer friend explained the scenario above to his father over dinner, his father chased him right out of the house. And when I asked which pieces out of the proposed package deal were his favorites, the dealer replied: none! In a decade (or less) people will say: “Wow, what a collection! You must have a great ear.” (Then again, that may be the pot—me—calling the kettle black. My own art business vs. art appreciation can be miles apart; I admit to buying works I am not crazy about.)

3. These days, being knowledgeable about art and the art market is like being a doctor: you’re constantly asked for free advice. One second I get a request for my opinion on a gigantic Alex Israel painting—too big equals too difficult, despite a significantly lower price than the recent auction result—and the next I get a call from the dealer who was offering it. And not only offering the Israel, but also the entire portfolio of works involved in the rev-share just described. Turns out his adviser engaged in some one-stop shopping and picked up all the art from only a single source (which I am sure he never conveyed). Sound complicated? It is. The art market right now is like 300 intertwined worms squirming on the underside of a rock.

Then there is my (wheeler) dealer Viking “friend,” who, after a post-auction night of drinking, offered a deal he subsequently had to change the terms of in the hard light of sobriety. When I asked him to make it up to me by selling me another young, coveted (yet totally unproven, of course) artist he responded with a screaming phone call threatening to physically attack me.

I recently hosted a charity event at my house, during which I allowed a private-museum-owning principal into my bedroom. He took an instant dislike to a painting by a certain artist, I suspect because he’d like to own one and doesn’t.

4. At lunch an art maven raved that painter Israel Lund’s career was over—this was about three weeks after his first auction appearance where his work sold far above its pre-sale estimate. The very next day Bloomberg reported that Lund’s market had gone up 1,500% in 11 months. Consider a Joe Bradley painting I came across recently. That the painting had been publicly traded not long before didn’t deter someone from ponying up a price that represented a 1,000 percent increase over 3 years.

The 64-billion-dollar question is: Will today’s one-million-dollar babies be tomorrow’s $50,000 (or less) middle-aged mamas? The market may be getting too hot for some of them. What happens when the music stops? I recently had a dream I was unable to give away an Israel Lund painting on a street corner.

5. I was thinking about reselling a piece by an in-demand artist when the over-market-sensitive artist and the artist’s dealer somehow got wind of my intent and issued a letter to the original buyer in an effort to quell ensuing trades. The gist of the letter was that you, dear collector, were among the chosen faithful to own the work and should be guided by “standard ethical practices” to sell it back to the primary dealer. Funny, after all these years, to think I wasn’t even aware of the Art World Standard Ethical Practices Act. It turns out the letter was sent to all previous buyers of this artist’s work selling or about to sell, a blanket attempt to stifle competition art-world style.

I encouraged the original buyer simply not to reply. Readers of my columns have repeatedly asked: Is there anyone left standing that will still speak to you? Sure, as long there’s a few quid in my pocket someone will always answer an e-mail. (My Blackberry literally just alit with the name of a dealer whose non-resale clause I myself have flouted.)

6. Lately the lists of which art to watch and who’s buying what have been getting too long and too complicated to follow. And too fast-paced. The art market, at least the very contemporary end of it, has become a young person’s game. Sometimes I feel I’m getting too old for it, like a burnt out commodities trader in the ‘90s—the toothless wolf of Cork Street.

Remember those intertwined worms under the rock? I offered someone a work by Tauba Auerbach and within five minutes it was offered back to my partner who was the work’s rightful owner. The intermediary who tried to sell the painting on my behalf couldn’t believe his “collector” would offer it to another, adding yet another link to the chain. What do you do when someone offers you your very own work unawares? Tell them then and there you will take it and watch them squirm trying to produce it.

Recently, an art journalist friend, one of those journalists who is averse to the market, wrote unfavorably of my Sigmar Polke and Gerhard Richter show at Christie’s Mayfair (a gallery for the auction house’s private treaty sales) in relationship to the concurrent London Original Print Fair. The message was that my show was for the moneyed classes whereas limited-editions were the affordable option for the connoisseur. What he failed to mention is that the Christie’s show was (and still is through July 7) free, with 65 paintings by each artist. Admittance to the Print Fair: $20.

7. There is a sociopathic primary dealer still at it who can’t seem to learn a lesson (from the last court ordered one) and figure out how to discern fact from fiction. At least he’s democratic in who he stiffs—he doesn’t pay anyone. The art world has a short memory.

Another dealer asked me if I had seen “the new red painting” hanging in his gallery. Red, you see, is the highest-grossing pigment in an artist’s palette, followed by blue and white. I think he meant the canvas with a few red threads fraying from what was predominantly a collage of black velour.

8. A modern day method for conducting due diligence on contemporary artists is a Museum of Modern Art collection search, the equivalent of a Standard & Poor rating. MoMA is one of the last major museums that can materially impact an artist’s career (and market)—few traditional mainstays of the art world (critics, journals, public institutions) have much sway anymore. What does have sway is publicly established prices, and high-profile collectors.

9. Can flipping harm a young artist’s market and future? Yes—if a piece at auction, estimated to sell for $100,000, stalls at $50,000, there could be consequences for the reception of subsequent works. But it is just as worthwhile to talk about artists flipping their dealers, i.e., moving to bigger galleries that will raise their prices and provide them with greater exposure. I recently heard the story of a young gallerist who lost her most successful artist, an artist she had nurtured and planned to exhibit in the fall, both in her gallery and at an art fair.

10. The only reason more art isn’t flipped is because the market won’t support it; the market is a fickle beast. 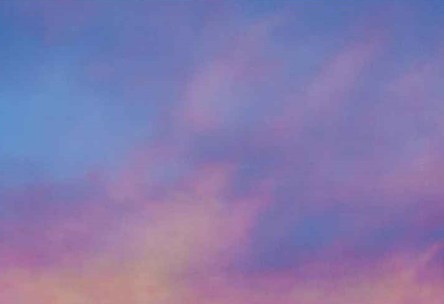