Jimmy Scott, whose abnormally high voice and quavering intonation made him one of jazz’s most distinctive male vocalists, died yesterday in his Las Vegas home. He was 88.

His death was confirmed by a family friend, according to JazzTimes, though the cause is unknown.

Mr. Scott suffered form a rare genetic condition called Kallmann syndrome, which stunted his growth, prevented him from reaching puberty and kept his voice from breaking. But what may have seemed like a handicap to some he used to his benefit.

“Being from a religious family,” Mr. Scott told NPR’s Neal Conan in a 2005 interview, “I just figured, ‘Well, that’s what the Lord had appointed me for, and that’s what I got.’ And one thing my mother was a stickler about: You used what you have. You know, you don’t wish for what you don’t have.”

Mr. Scott was born James Victor Scott in Cleveland, Ohio, on July 17, 1925. He got off to an early start in his career, performing as Little Jimmy Scott in the 1940s with the Lionel Hampton Band. His 1949 recording of “Everybody’s Somebody’s Fool” was an R&B smash (though he was uncredited by the label).

Mr. Scott’s career suffered in the 1960s due to onerous contractual restrictions, among other things, and he was forced to withdraw from singing to pay his bills. He waited tables and worked as a nurse’s aide and an elevator operator. Mr. Scott was so obscure during this time that some thought he had died. Jet magazine preemptively published his obituary in 1965.

A late-career resurgence, spurred on by a performance, in 1991, at the songwriter Doc Pomus’s funeral, helped him get the attention he had long been striving for. Mr. Scott recorded with Lou Reed, the Red Hot Chili Peppers bassist Flea and was featured on David Lynch’s TV series Twin Peaks. His 1992 album All the Way was nominated for a Grammy Award.

What kept him going through the years, he told NPR, was “the love of it.”

“It gives me, I guess you’d say, the courage to struggle on,” Mr. Scott said. “And I’ve learnt that you give out but you don’t give up.” 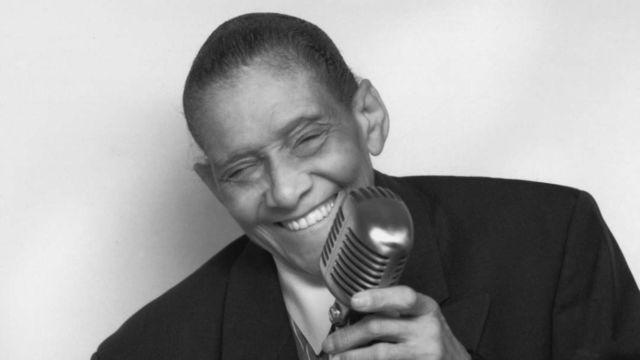