When the episode opens, we get a glimpse into Kim’s parenting philosophy as she tells Mason that “gentlemen are always nicer to the ladies” and chides Penelope, an infant, for eating with her hands. She tells Mason that for her upcoming wedding she’s planning on dragging North up the aisle via horse-drawn carriage, since North is otherwise kind of ruining everything with her inability to walk. How Mason fits into this scheme is unclear, but hey, Kim gets to talk about her wedding some more with a captive audience!

Speaking of captive audiences, Kim is subjecting her sisters to more wedding talk in the next scene, wearing a pair of meter-long false eyelashes. After a brief interlude to discuss the state of Bruce Jenner’s hair (consensus: more unfortunate than ever), Khloe asks Kim how many times she’ll be changing during her wedding.

“Three,” she says. That’s one dress for each of her marriages! More pressing is what Kim will be wearing to “the Vienna ball,” which someone has told her is “the most prestigious event in Austria.” She claims that she has been invited to “host.” This will be important later.

Later, Kim also lets us know that she’s only into Polaroids now. Just endless “Polaroids whirling down her Tumblr.” Also, she keeps being asked by paparazzi to endorse Kanye West’s opinions on racism but she, like, hasn’t really experienced anything like he has. This will be important later.

Kourtney and Scott have bought a palatial new house because Kourtney wanted a bigger backyard for her kids, and if that also means buying a whole new house that’s twice the size of the old one, so be it. She has decided to kick off the moving process by figuring out how to store all of her insane-looking crockery in the cabinets, rather than, say, setting up bedrooms and bathrooms. As a result, the house looks like a huge disaster and she doesn’t want to move in — even more so after Scott spots a pretty enormous rat hanging out behind the vacuum cleaner.

Meanwhile, Kim and Kris head to Vienna and discover immediately that Kris has been robbed by the TSA or Viennese baggage handlers or both. LOLOLOL. Wouldn’t they fly private? Wouldn’t their bags be near them pretty much the whole time? Why wouldn’t Kim’s bags be looted as well? Why was Kris indignantly explaining the theft to an Austrian man who looked sort of like a puffier Gabriel Byrne, and who was listening to her while standing in their hotel suite wearing an unbuttoned dress shirt? After assisting with the situation by moving room to room and staring at her mother while wearing a fur coat, Kim decides that Kris’s stress might be assuaged with a strudel and about eight glasses of wine. She is correct.

Back in California, Bruce the Rat Whisperer is scaring Kourtney even more about the rats, going on a tour of the house and pointing out every possible place where rats could come in — swarming, wriggling chewing, furry, disease-infested rats! I think at this point Kourtney is ready to burn the house to the ground and go back to the old place for good.

Speaking of rats, things are about to get terrible in Vienna. Kim and Kris are already annoyed, as an autograph signing is sprung on them unexpectedly right before a Viennese mall appearance, and Kim was under the impression that she would be able to go back to the hotel to put North down for a nap. Kim tries to make this about work/life balance, or mall appearance/life balance, but isn’t this technically a “working” trip? Wouldn’t you have childcare in case something like this happened, since you are technically working the whole time you’re in Vienna? Regardless, the mother/daughter duo are getting increasingly testy, especially when they are rushed getting ready for the ball because “no one will be allowed in after the president.” This is like a fever dream, I swear.

SPEAKING OF FEVER DREAMS, the ball looks insane, like the ball in The Sound of Music plus about twenty thousand people, plus two Kardashians. And then…there’s a man in the press holding area, who is in black face and calls out “Kim! It’s me, Kanye!” And…instead of immediately being kicked out he just sort of jovially chats with one of the people who has been taking Kim to and from events? And then…Kris Jenner gives us a brief history of black face over a historical photo montage? And then…Kim is being interviewed by a very white Viennese Giuliana Rancic type and a very white comedian, who says that he’ll be ready to dance when he hears “N***** in Vienna,” which is a bastardization of a song title from the Watch The Throne Album, and Kim and her mother just stare off into the middle distance, wishing for death? I mean, what is this situation? How was this allowed to happen? I feel for Kim, I really do, because instead of being the “host” of the event or whatever, whomever paid for her to be there apparently thought they were paying for the opportunity to embarrass and harass her for a whole night, which is actually kind of a huge violation.

Kris seems to get this, saying she feels like she has “failed her daughter” once they’re safely back at the hotel. Puffier Gabriel Byrne is trying to do the whole “I know, right? That was so crazy! I can’t believe it!” false teaming thing favored by people who don’t want to take responsibility for something awful. Kris sort of lets it go, standing there in snowflake-printed pajamas with a full face of makeup. I would love to see what the hotel room pillows look like by the time she is through with them.

Scott has decided that the best way to get Kourtney to move into the new house is to move in himself, and so she goes to the house to find him curled up on an air mattress with a multi-line desktop phone. He doesn’t think she should let one little rat drive her out of their new house.

“I’ll chop that thing up and eat it!” Is it weird that I found that completely adorable?

Kim and Kris arrive home, where they tell Khloe about how on the flight back from Vienna, a woman in the first class cabin started screaming at Kim about how her daughter was black.

“Literally, you thought you were in 1914 or something,” Kris says, which is a pretty arbitrary date to choose, but let’s go with it because that woman on the plane did an insane and horrible thing. Kim decides to write a “blog” about the experience, and reads it aloud to her sisters. Even though it’s a little bit “So this is the racism Kanye’s always talking about,” it’s still a self aware moment from someone not known for many of them. Good for her.

Next week: has anyone seen Rob? Can someone check on Rob? 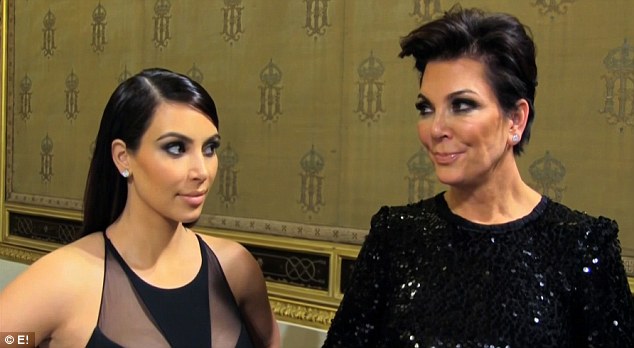