Raymond Pettibon’s hands trembled during the half-hour he spoke at the Strand on Wednesday night. Kim Gordon was more relaxed. (Holding a microphone isn’t so foreign to her.) One strained to hear Mr. Pettibon as he spoke into his mic as he talked with Ms. Gordon about To Wit, a catalogue of his drawings from the eponymous show he had at David Zwirner last fall. The fact that the rare-books room was packed—latecomers spilled well into the back—likely didn’t ease his stage fright.

“Do you worry, when you put your own persona in your work…do you wonder how people are going to take that?” Ms. Gordon asked. She wore a tight black dress with a silver zipper at the bust.

“The more you try to chase an audience, the weaker the work gets,” he said, his voice firm, even as his palms shook. “Generally speaking.”

“I could see your ideal audience being yourself.”

Classic Pettibon themes are scattered throughout the drawings—the sea, sports and sex, all accompanied by bits of text—and it’s as difficult as ever to pin down his voice within them (just as it is on his freewheeling, often-acerbic, Twitter account). Ms. Gordon attempted to tease out this tension, and Mr. Pettibon emphasized that his material is not necessarily personal as some might think.“There’s other voices involved,” he said gnomically, adding later, “My art is made to communicate with people.”

Naturally someone in the audience asked Mr. Pettibon about his estrangement from his brother, Greg Ginn, who is the leader of the hardcore band Black Flag and who was once the artist’s best friend. It apparently remains a festering wound. “This is extremely awkward to answer,” he said.

Mr. Pettibon fielded most of Ms. Gordon’s questions with truncated responses, his face expressionless. She let the silence linger after each exchange, seeing if he would fill it. He did not. But they had a nice chemistry, and the conversation felt like a tight performance of one they had had dozens of times before.

When Mr. Pettibon showcased his works at David Zwirner last year, he used the gallery, in a sense, as his studio, painting on the walls, but he had others help hang the show, a departure from his usual practice of arranging the pieces himself. “It’s more coherent,” Ms. Gordon observed. “Are you going to try to do more of that in the future?”

“Yeah, I don’t…I don’t know,” Mr. Pettibon started. “Sometimes it’s better for works to just be randomly put up by anyone…I can’t stand people putting it up with a level.” He cleared his throat. “My work is fairly uneven anyway. You know this.” Nervous laughter rippled through the audience. For the first and only time that evening, Ms. Gordon smiled. 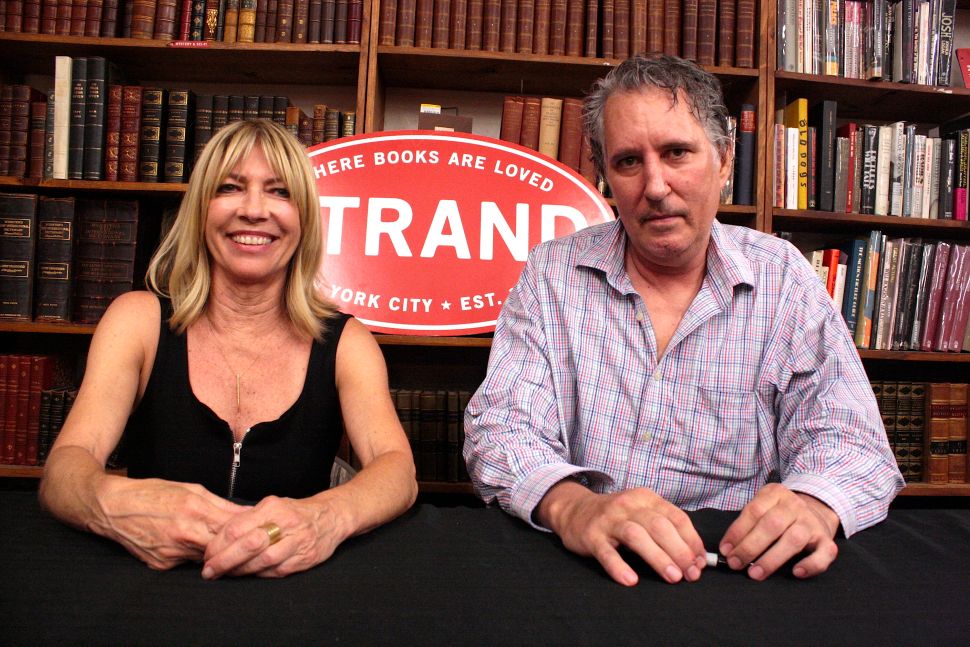