Lee’s Market, the 25+ year-old Korean deli where Larry David and Jerry Seinfeld came up with the idea for their wildly popular show about nothing, Seinfeld, has closed.

On a morning stroll past the corner bodega on 78th Street and First Avenue, the now-vacant deli looked dilapidated: its windows papered over and its blue awning gone, revealing a skeleton of thin metal rods.

A nearby store proprietor told the Observer that the Yorkville market, rumored to have been shuttered due to a rent increase, went out of business last month, though reasons for the closure remain hazy.

Outside Lee’s, the Observer found a notice from the Department of Consumer Affairs, dated June 5, pushed into a crevice at the top of the door. The letter said a stoop line stand license for a business at that address called the California Fruit and Vegetable Market, Inc., had been suspended on April 10, 2014. The market was “charged with engaging in unlicensed activity” and for “failing to appear in person at the Department to answer” the notice. A fine of $6,000 was issued, “which is immediately due.”

A sign in a separate convenience store on the same block told customers the shop’s lease was up, though the cashier there was unable to offer additional details.

Brandon Lee, who owns a dry cleaning store up the street from Lee’s (no relation), said he had heard the deli’s rent was raised to around $18,000, which the owners could not afford. He said a former customer of Lee’s told him the landlord had wanted the tenants to renovate the store as well. Mr. Lee added that the owners live in New Jersey, own a dry cleaning shop there and have run Lee’s Market for about the past 10 years.

Notaro Family Ltd. Partnership, the company that owns the building in which Lee’s Market is located, did not immediately respond to a request for comment.

Raymond Ha, an assistant manager at Lee’s and the son of the owners, told the Observer by phone that he had not heard about the closure. His father, whom he called Soon Ha, could not be reached.

As legend has it, Mr. David and Mr. Seinfeld hit upon the idea for their TV series, which ran on NBC from 1989 to 1998, as they were roaming the aisles of Lee’s Market and making fun of its products. Why not make a show about just that? Mr. David wondered.

Seinfeld is celebrating its 25th anniversary on July 5, which makes the closure particularly bittersweet.

Updated, 3:36 p.m. | Sal Notaro, of Notaro Family Ltd. Partnership, told the Observer by phone this afternoon that he had not raised the rent at Lee’s Market. “[The owners] stretched themselves too thin and fell a little behind on their rent, and I asked them to leave,” Mr. Notaro said. 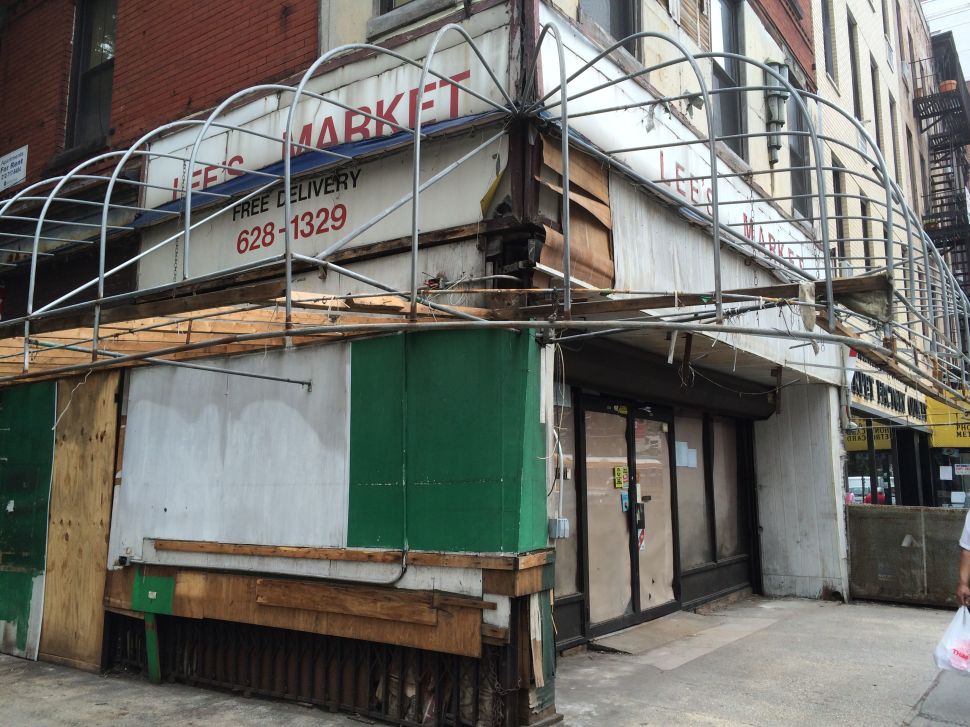