TRENTON – Both Democratic and Republican lawmakers rallied against fracking waste at a Statehouse rally this afternoon, pressing for the passage and gubernatorial affirmation of A2108.

“Do not frack with mother earth,” read signs in the crowd of environmental activists on the Statehouse steps.

Sierra Club chief Jeff Tittel said the issue is the transportation and dumping of radioactive waste from other states to places in New Jersey, including Elizabeth, Kearny and Carteret. 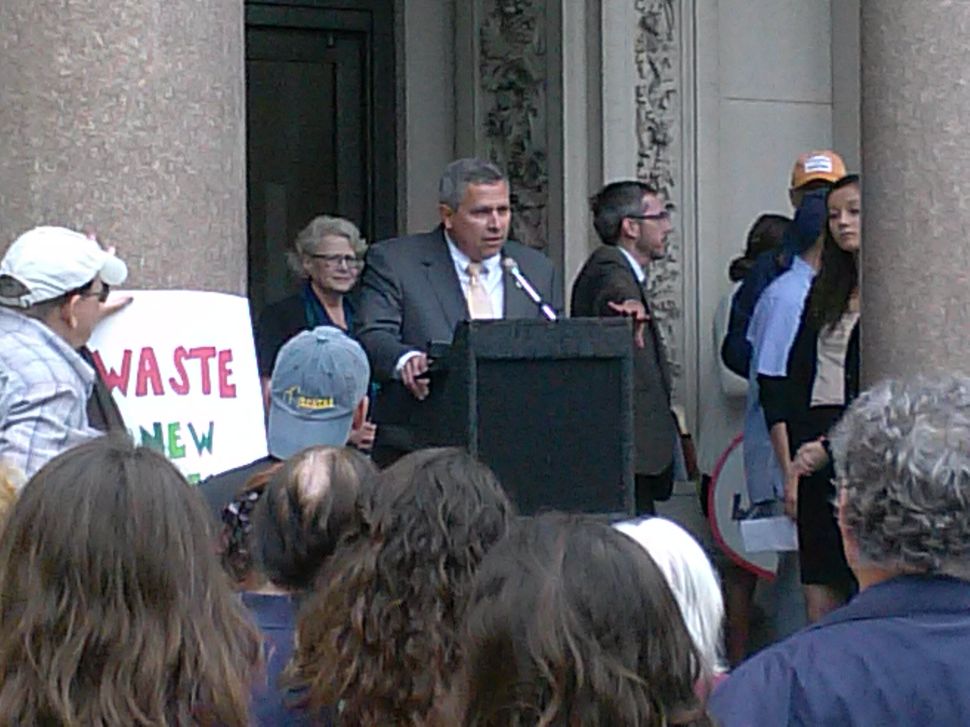