Look, I’m not saying that Lena Headey is evil, and I’m not saying she’s had, uh, relations with her brother. I don’t even know if she has a brother. All I’m saying is that her and Cersei Lannister are the same person, and I’m going to prove it.

I’m not only referring to her appearance last night on Jimmy Kimmel Live, where she transformed in to Cersei in about two seconds, complete with a goblet of wine and an overemphasis on any word ending in a hard consonant. Although that helps my argument, and also frightened me slightly.

What I’m mostly referring to is her love and talent for completely messing with us lesser beings—known as “fans”—and generally not givin’ a fuck. No seriously, look. She’s not sorry.

Backstage at #Kimmel. Tune in tonight 11:35|10:35c on ABC with @IAmLenaHeadey #GoT pic.twitter.com/wNtxjLDG2I

What isn’t she sorry about? Well, for starters, this Instagram post showing a heart made of stones. Naturally many people thought (AHH book spoiler! Look away!) that Lady Stoneheart, a.k.a zombie-fied murderous Catelyn Stark, would be making an appearance in the Game of Thrones finale. People went nuts. I’m pretty sure there were at least two riots. And then, nothing. No appearance. That’s evil, and she is not sorry.

How about this instagram post? The one where she gave away Oberyn Martell’s death two months before it happened? I bet she posted that and sat back and said something real Cersei-esque like, “Fools, if only they knew.” (I don’t know, I’m just riffing, and I’m also not a scheming woman hell-bent on controlling the Seven Kingdoms from behind the scenes.)

Did I mention she and The Mountain are besties?

I assume this picture was taken after the two of them cleaned their clothes of the blood of someone who displeased Ms. Headey greatly.

Also, also, she told Chelsea Handler like a week ago that she drunk-tweets all the time. You know, if Westeros had a social media where you can spill your thoughts in 140 ravens or less, Cersei would be on there every Friday night like, “Just fucked Lancel and Osmund Kettleblack and probably Moon Boy for all I know #sorrynotsorry.” 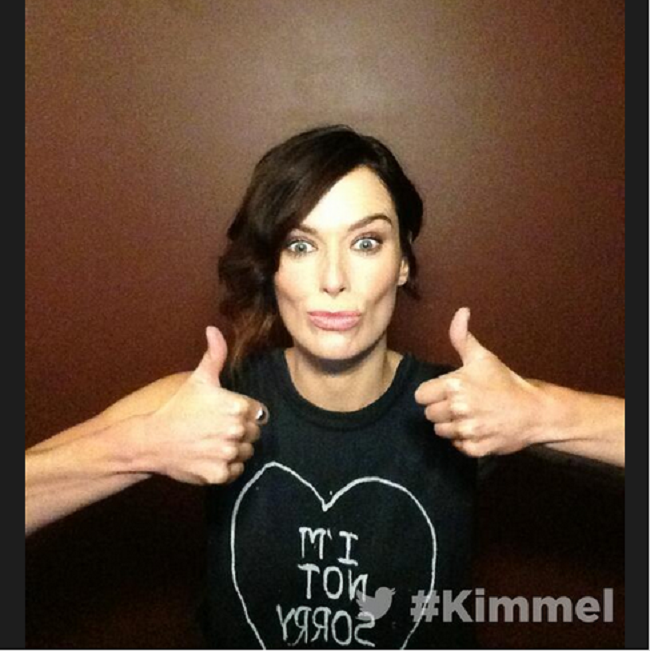