He went to the podium.

“I wanted to do it right here in this headquarters because it’s full of people working,” said businessman Tom MacArthur. “I want to thank all of you for the work.

“We’re not spiking the football at the 40-yard line tonight,” the Republican Primary winner added. “The real win is in November. Putting our campaign trail issues aside, I want to wish him [Steve Lonegan] well.”

Gilmore also made a few remarks to the energized crowd.

“We had a lot of really good candidates – 18 of them, including Jimmy Byrnes from Berkeley Twp,” said the powerful GOP chairman. “We tried to find someone who could carry that banner. I’m proud of our county organization because once he [MacArthur] won, everyone united behind him.”

IN the aftermath of a brutal election season, Burlington County GOP Chairman Bill Layton chipped in a quote.

“Tonight’s results shouldn’t be a surprise to anyone,” he said. “Tonight, the result was always going to be the same. It’s a shame it took six months to beat a six-time loser.” 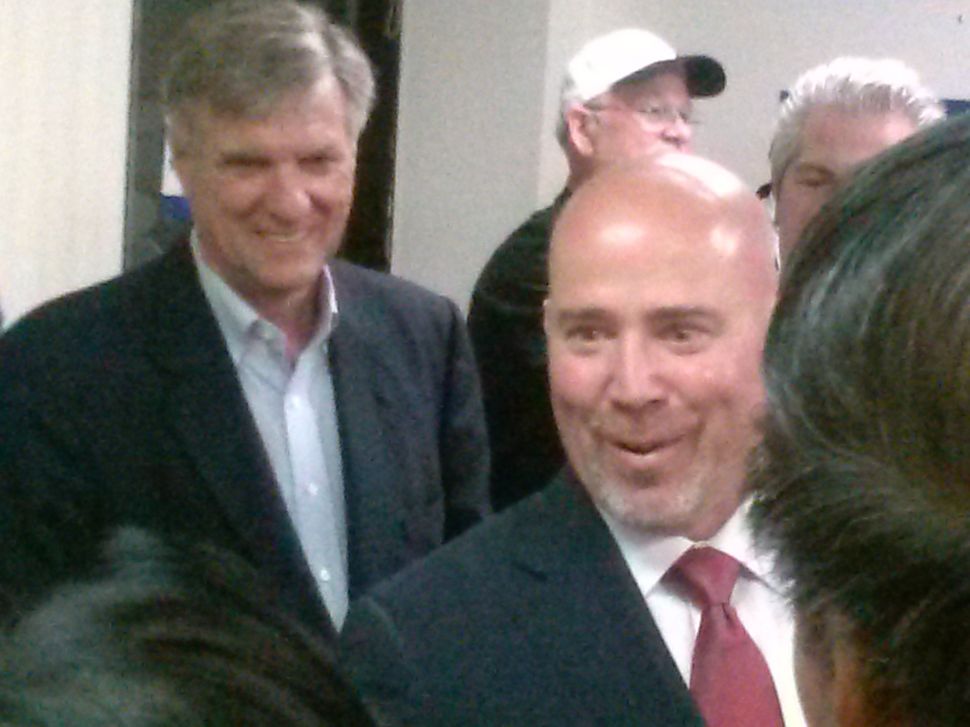