In the muddy backyard of a Williamsburg theater, plaid-clad filmgoers wait for Manny Kirchheimer to fix the projector. Young employees nervously grab a bottle and pass out tumblers of whiskey with swimming ice cubes.

But not a soul seems to mind the hour-long delay, content to light cigarettes held between slim fingers. When the small crowd patiently files into the tiny screening room, their vacant eyes let on that they already know they’re about to witness something stunning.

Mr. Kircheimer—award-winning and internationally-renowned independent filmmaker—stands in the back of the room as the theater fills. UnionDocs, a center for documentary art in Williamsburg, is about to screen two of his films—Bridge High (1975) and Short Circuit (1973)—as part of Brooklyn’s eight-day Northside Festival of music, speakers and film.

Blissful guitar patterns vibrate through the room. But when the film’s vantage enters Manhattan, the music silences. Shots from below depict all a New Yorker can manage to see of the sky, framed between lines of glossy windows. “It’s intimidation,” Mr. Kirchheimer said.

He explained that the short came from excerpts of his longer screenplay, “Dream of the City,” which was never produced. Both films conceptualize the destruction of the old and replacement with the new.

“The new had its hypnotic appeal with all the glass and reflections.” He paused to sigh. “It’s very seductive. And the film shows the idea of going from something that very beautifully open—with sky and dreamlike aspects—to something cramped, in which the most interesting part is the negative space of the sky, which is all broken up.”

But negative space is almost all that Mr. Kirchheimer knows. He hasn’t lived anywhere but New York since his family came fleeing Nazi Germany in 1936, when he was five years old. So he’s not nostalgic for space, but instead for the very thing that consumed it—New York’s old buildings. “Their model designs that catch the light, their careful faces and decorations,” he described, “and they’re always replaced by these fucking boxes. You know? And we hated the boxes.”

Mr. Kirchheimer used to walk across the George Washington Bridge to picnic in Palisades Park when he lived in Washington Heights. “A suspension bridge is very different from other bridges,” he lit up, “because of the beautiful pendulum-like effect when you watch the strands go by and the relationship of the cables to the sky.”

Despite the populousness of New York streets, he excluded shots of people or cars “so that the film will be modern for a long time. It will always seem like it can be now.” Supportive stares from the young audience reveal that the 1975 film resonates just as deeply today.

No one shifts as UnionDocs reels out the second film without pause. Now on screen: a young filmmaker, elegantly commanding his Upper West Side balcony with two strong hands on the railing.

Mr. Kirchheimer confessed to the autobiographical nature of Short Circuit, the second film, which represents a white filmmaker’s psychological experience observing the racial divisions of the Upper West Side from his corner apartment. The protagonist’s wife is a writer, like Mr. Kirchheimer’s, and he even used his own kids. The entire film was shot at the apartment where he still lives.

But for Mr. Kirchheimer, watching the man on screen is unsettling. “Despite the fact that I supported black causes, that I marched with the blacks in demonstrations, I didn’t go very far. And I felt that I was privileged and blessed, and wouldn’t be stopped for a search on the street. So, in that sense I questioned my own liberalism,” he said. “And I felt I owed it to make a film about that.”

The autobiography of Malcolm X molded his inspiration for the film. “I tried to look into my own paranoia,” he explained. “And paranoia happens in steps, you know? Or a daydream, a bad daydream happens in steps. There’s something terrifying going on, which is the knocking and the empty hall. Where’s the knocking coming from? No, this is something inside you.”

As scenes of psychological demise boom throughout the folksy Williamsburg theater, tension strings across an almost entirely white audience. In Short Circuit, a black family replaces the white protagonist’s own by taking over his apartment, and the scene slips seamlessly into a daydreamed revolution. A young black boy stares from the screen while seated on the ground next to a smashed fish tank, sliced fish strewn about. “Nothing like that happens passively,” Mr. Kirchheimer said. “Especially in those times.”

Bridge High and Short Circuit were last screened 30 years ago, and it is unclear if, after tonight, they will ever be shown again. But there is more to come from Mr. Kirchheimer this summer. His tribute to the 1970’s graffiti movement, Stations of the Elevated, will screen on Friday, June 27 at the Brooklyn Academy of Music. The film depicts “vivid images of graffiti-covered elevated subway trains crisscrossing the gritty urban landscape of 1970s New York” to the sounds of Charles Mingus and Aretha Franklin.

Above all, despite the themes of psychological isolation in his films, Manny Kirchheimer is honestly crazy for New York. At 83 years old, he loves the “immediacy. Everything is available, everything,” he said. “Theaters are available, music is available. Not that I participate in it, but I know it’s there. If I want to do something…I don’t know, it’s my home. I feel very, very comfortable here.” He cleared his throat. 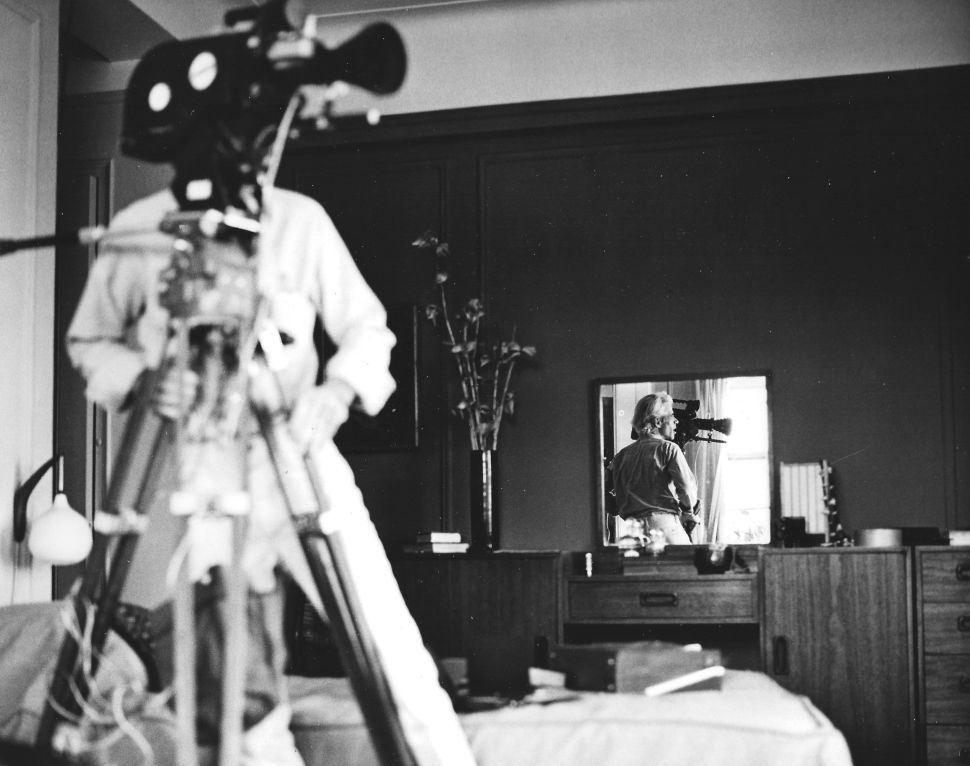