The shelves of Lauren Kinney’s Los Angeles bedroom are lined with books—from Junot Diaz to Foucault, Running with Scissors to Moby Dick. They aren’t organized in any particular way, forming a messy ménage of colored spines that brighten an otherwise lackluster space.

She’s a self-professed “avid reader,” a lifelong “scrawler in notebooks,” devouring genres from religious texts to speculative fiction. But if you asked Ms. Kinney, 27, to dislodge a title from those tightly packed shelves and recite its plot, she probably couldn’t do it.

She could, however, write a song about it.

Interspersed among the rows of novels are volumes of sheet music, a nod to Ms. Kinney’s preferred medium of expression. Call it a metaphorical merging—through song, Ms. Kinney has found a way to nurse her love of literature, and bypass the perils of a “terrible memory” when it comes to discussing it.

“I can absorb myself completely in a story, but once it’s done, I forget finer points of the plot and its themes,” she says. “It was interesting to me to think about capturing books through a different lens and getting to the heart of how it feels to me.”

Cue “Songs About Books,” the musician’s new venture in stitching two artistic spheres into one. In a YouTube video series set to launch later this month, Ms. Kinney will croon self-penned lyrics to works like Isaac Marion’s Warm Bodies and Maxwell Neely-Cohen’s Echo of the Boom. The project is not, however, an audio SparkNotes with an indie twist—rather, it’s an “experiment in capturing the ethos,” she says. “I’m not trying to comment on a book or review it.”

She doesn’t step out of character. I ask what Echo of the Boom is about; I’d never heard of it, I tell her sheepishly. In response I’m met with a playback of a delicious acoustic and folk-infused track. You think you got the whole world inside your mind / You don’t know if anyone can surprise you in time.

She plans to release this Echo of the Boom piece first in the series, a tribute to the initial inspiration behind the project. While browsing the Rare Bird publishing booth at the Los Angeles Times Book Festival in April, she fell into conversation with Mr. Neely-Cohen himself. “He told me about his book and I got really excited,” she says. “I bought it and read it and decided I wanted to set up a show and find a musician who fits with the spirit of the book. Maybe there was a possibility for collaboration.”

It turned out that Mr. Neely-Cohen was already organizing these so-called “musical readings” along his book tour, entwining passage readings with music played by other collaborators. He encouraged her to pursue the idea.

“I said to myself, I have to do this,” she remembers.

She set off writing songs inspired by the novel. “But then I decided it could be more than that,” she says. “How cool would it be if I wrote these entire song responses for other books, too?”

The project has competed for attention with Ms. Kinney’s other, more traditional music endeavors, including her gig as an elementary and middle school music teacher. Since that fateful April afternoon, she’s also busied herself with promoting her second EP—Wail—which features four silky banjo tracks reminiscent of Swedish folk duo First Aid Kit. But with a summer “mini-tour” already booked for L.A., Berkeley, and Portland venues, she’s rerouting her energy toward making Songs About Books’ launch a meaningful one.

I ask if she’ll ever venture out east, literary lyrics in tow. She smiles. “Who knows?”

For now, she’s only begun work on a handful of videos, leaving some dozens of books along her walls unexplored. Ask her about the adolescent curiosity lacing the pages of Looking for Alaska, or the reason she so loves the Parable of the Sower. Consider handing her a guitar when you do. 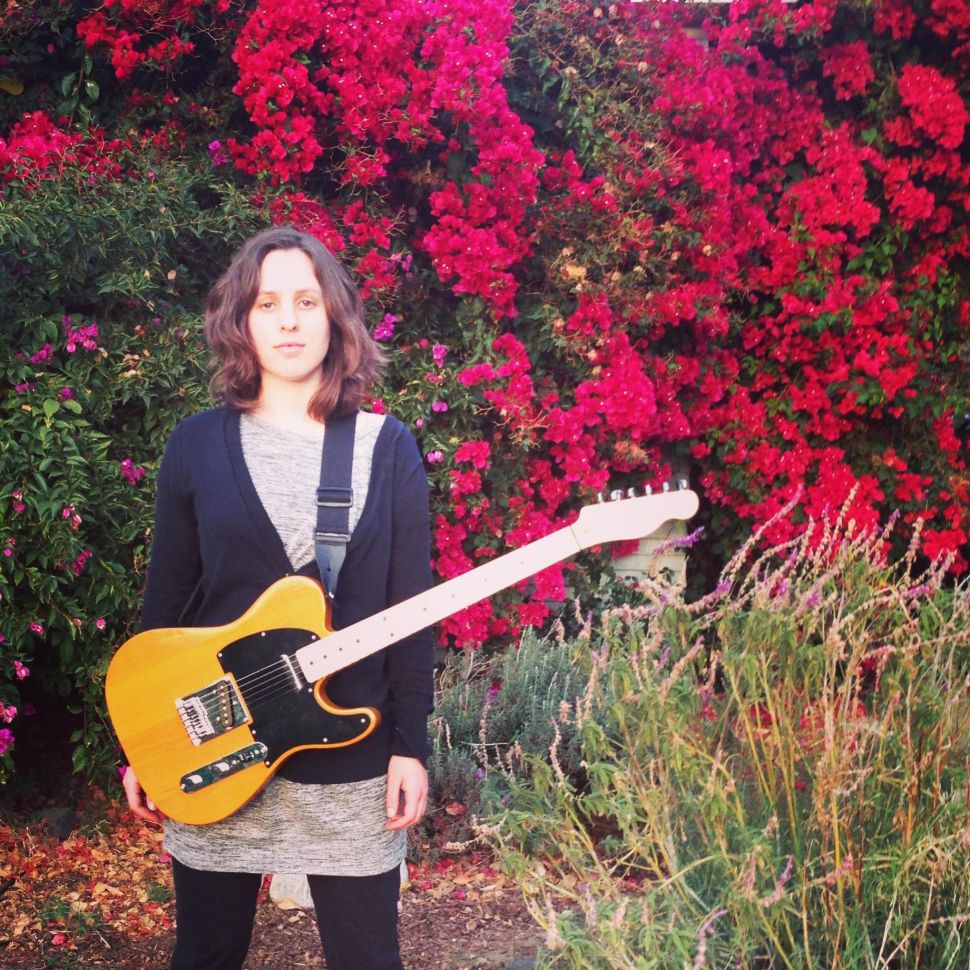