The three top candidates for the 13th Congressional seat squared off for what was likely the final time last week and the winner of that televised debate–at least in his own eyes–was the race’s long-shot contender.

Pastor Mike Walrond said on NY1 last night that he agreed with some consultants’ sentiments that he had in fact out-debated Congressman Charlie Rangel and his top rival, State Senator Adriano Espaillat, at a showdown in the Bronx.

“Some people made a pretty cogent case around the newsroom that maybe Walrond won debate. What do you think?” Errol Louis, the host of Inside City Hall, asked Mr. Walrond yesterday.

“I would agree,” Mr. Walrond replied. “I mean, for us the debate gave an opportunity to put our message and our narrative out there that we’ve been really sticking to from the beginning of this campaign. We always believed that the more people who got to hear me would have to think and consider and look at me as a viable candidate.”

“It’s amazing when you run and you get used to seeing yourself as an ‘also-running’ so it was trying to break through that and I think the debate on NY1 and previous debates helped break through that,” he added.

Mr. Walrond, a charismatic preacher, trailed Mr. Rangel and Mr. Espaillat in a recent poll and remains relatively unknown in the district, which spans upper Manhattan and the Bronx. A first-time candidate, Mr. Walrond does boast a small but fervent following–his cheering section is often the loudest at debates.

But with a campaign war chest far smaller than his two rivals and an endorsement pile that is all but empty–he did score the backing of the influential liberal group New York Communities for Change–his odds of winning, in the eyes of many political observers, remain low.

The pastor, who belongs to Rev. Al Sharpton’s National Action Network, is also running against Bronx activist Yolanda Garcia. The Democratic primary will be held a week from today. 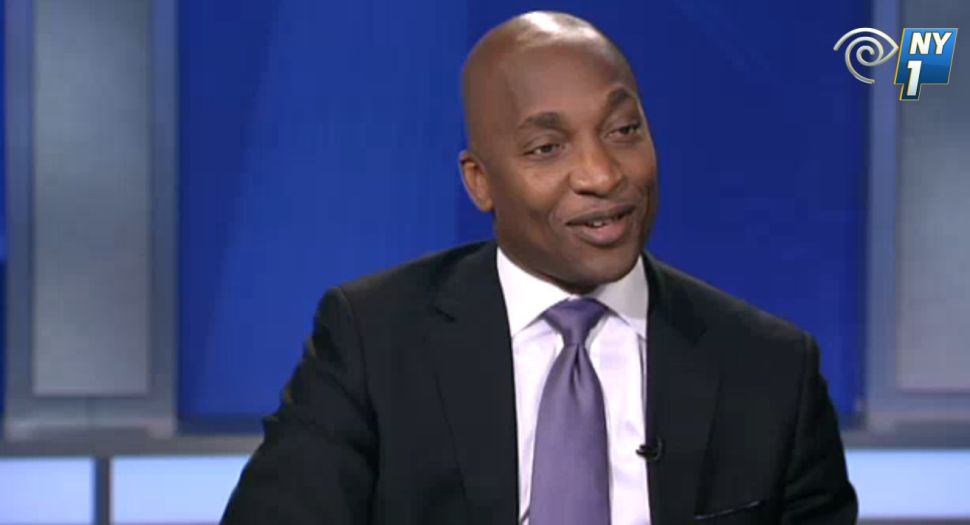