“If it is true it means that the mayor is extremely smart,” Mr. Walrond said. “I don’t really read a whole lot into it. I think that the congressman’s team believes that somehow throwing attention my way or raising my profile takes some of the anti-Rangel votes away from Senator Espaillat.”

“The Congressman already said that he hasn’t met with the mayor any time recently so this conversation had to take place a while ago. So, why now the revelation? Why now share it unless there is something else behind it,” he added.

Even though the polls do not forecast a possible Walrond victory, the pastor’s determination remains intact.

“I went in this to win, so that is my expectation,” he said. “It has not changed, no matter what the polls say.”

He also gave the Observer his own electoral prediction, favorable, of course, to his camp: “I think a lot of people will be in for a surprise tonight, they are going to be shocked.”

Mr. Walrond will watch the results at the First Corinthian Baptist Church, where he usually preaches and teaches. If he loses, he said he would endorse tonight’s winner. 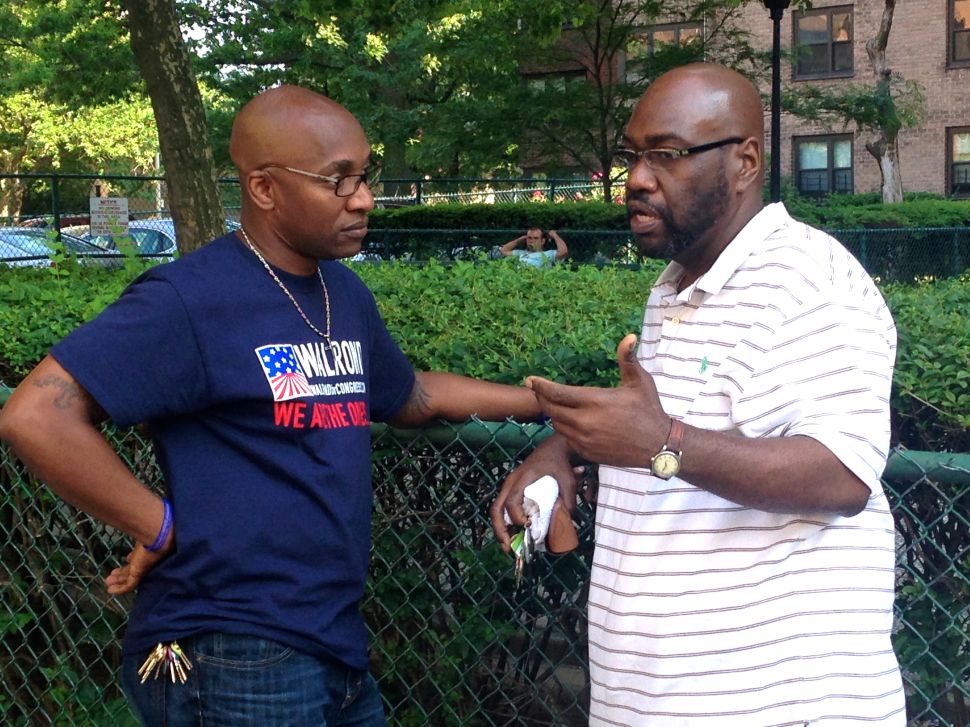