Ever since Courtney Love saved my life in middle school, I’ve had a special place in my heart for aggressive music made by women. It’s hardly all I listen to; Bright Eyes, for instance, is one of my favorite bands, and it is whiny music made by a man. But I like angry girl music an awful lot, and two things happened last week that made me need it more than ever:

1. I got into a bike accident and hurt my arm, prompting me to stay in my apartment typing with one hand, popping Percocets and feeling sorry for myself.

2. New York magazine published a “problematic” profile of Terry Richardson, and I was once again forced to rehash shitty memories and explain to people why it’s not okay for a boss to demand sex from the people who work for him, even if said people are naked/famewhores/idiots/perverts/sluts … and even if it’s for Art.

Given these circumstances, I was happy to have a new album to listen to from White Lung, an L.A.-by-way-of-Vancouver punk band fronted by the electric Mish Way, who is also a writer. From start to finish, Deep Fantasy deals with all sorts of dark shit: rape, violence, sex, power, body dysmorphia and other ills of patriarchal society. Also: Way’s own self-destructive tendencies, as on the above track, “Drown With The Monster.” Way makes no attempt to wrap these issues up in a neat little package, but lets the personal and political bump up against each other until they are bloody and bruised, and at least somewhat advanced from where they started.

Like Courtney Love before her, she’s not afraid of ambiguity because she knows equality is our birthright, even if we’re poisoned by the waters we swim in, and even if we make bad choices sometimes. She’s also not afraid to take back the power from violent men, like when she sings, “You don’t take me/ You won’t make me…’cause I’ll always win,” on the rape survivor anthem “I Believe You.” When was the last time a fast and loud punk song made you want to cry?

Combined with the razor-sharp riffs of guitarist Kenneth William—which take from metal and hardcore while maintaining just enough pop sensibility to be accessible to outsiders—and the relentless, thundering rhythm section of bassist Hether Fortune and drummer Anne-Marie Vassiliou, Way’s fiery charisma is elemental, something to scream along to in your car until the tape wears out. (Was this even released on tape? It’s O.K., I’ll make one.)

It’s really too early to call Deep Fantasy a classic, but I’ve already thrashed around to it quite a bit, and you can do the same in person at one of their two album release shows this week. I expect I’ll return to it often in the future when I feel like I’m screaming into a void or taking crazy pills, which, as you might have inferred by now, happens a lot.

White Lung play Saint Vitus tonight (sold out) and Mercury Lounge tomorrow (not sold out) with the excellent dark punk/post-punk act Pop. 1280. Do a stage dive for me. 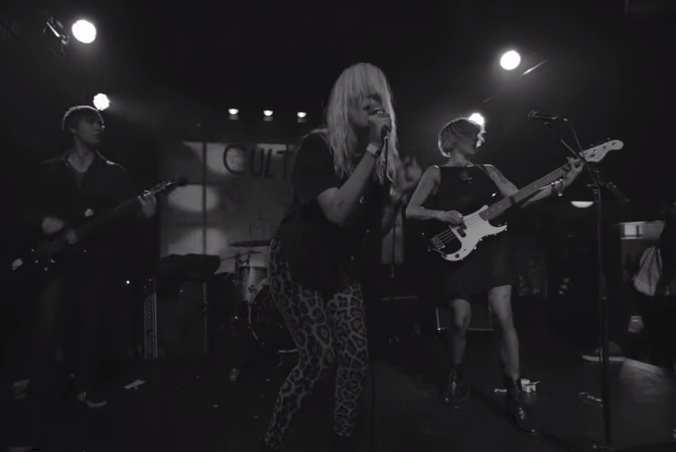