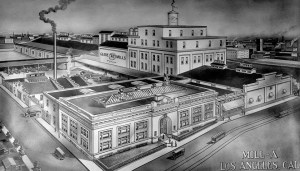 Moscow canceled its Young British Artists show due to tensions in Ukraine. [The Art Newspaper]

Five Egyptian artifacts apparently stolen from the same tomb in Saqqara over the past 13 years have been traced to Budapest and Paris. [The Art Newspaper]

On Larry Clark’s Tulsa and Teenage Lust. [The Guardian]

Billionaire art collector Jeffrey Epstein keeps a mural of a prison yard in his house as a reminder of his time in the can. [Page Six]