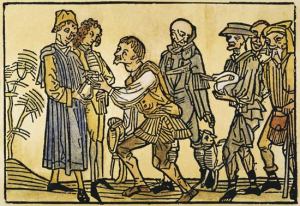 “Feudalism returns to the art world” — A conversation with Harald Falckenberg. [The Art Newspaper]

Annie Leibovitz and Kanye West released a “joint statement” in response to the questionable comments Kanye made about Ms. Leibovitz being unable to photograph his wedding, including “She was afraid of the celebrity.” [Page Six]

Ms. Vogel also has the story on the reopening of the Royal Picture Gallery Mauritshuis in the Hague. [NYT]

Baltimore’s Walters Museum, which closed early yesterday because of water damage that threatened its electrial system, should be up and running today. [The Walters Museum]

Oh dear: here’s Jonathan Jones on Thomas Pynchon for some reason. [The Guardian]