PolicyMic, the start-up news site for millennials that recently got $10 million dollars worth of VC funding, got a new look and a new name. It will now be known as Mic. “Our new name reflects our expanded focus and bold vision for Mic. Our generation will define the future, and we believe in the power of stories to bring people together and make the world a better place,” Mic kind of explained in a post announcing the switch. (Mic.com)

Speaking of news sites aimed at the millennial demographic, Vice Media’s Eddy Moretti insists that just because the Williamsburg-based media company is in talks with Time Warner for a $2 billion deal, they won’t sell out. “We don’t want to be sell outs so if we do a deal like this [it] has to be for the good of Vice,” Mr. Moretti said. (The Guardian)

Fox’s Megyn Kelley challenged former vice president Dick Cheney on air for his Wall Street Journal op-ed column earlier this week where he blamed President Obama for everything that is going wrong in Iraq and somehow neglected to mention George W. Bush. Ms. Kelly pointed out that Mr. Cheney doesn’t exactly have the best track record on being right about Iraq. “Time and time again, history has proven that you got it wrong as well sir,” Ms. Kelly said. May sound more like MSNBC than Fox News, but on Fox News, Mr. Cheney is called ‘Sir.’ (Politico)

Mozilla, The New York Times and The Washington Post today are teaming up to build a new, open-source content and commenting platform to increase audience engagement and help news organizations better manage comments. The project is funded by $3.89 million from the John S. and James L. Knight Foundation. (Knight Foundation) 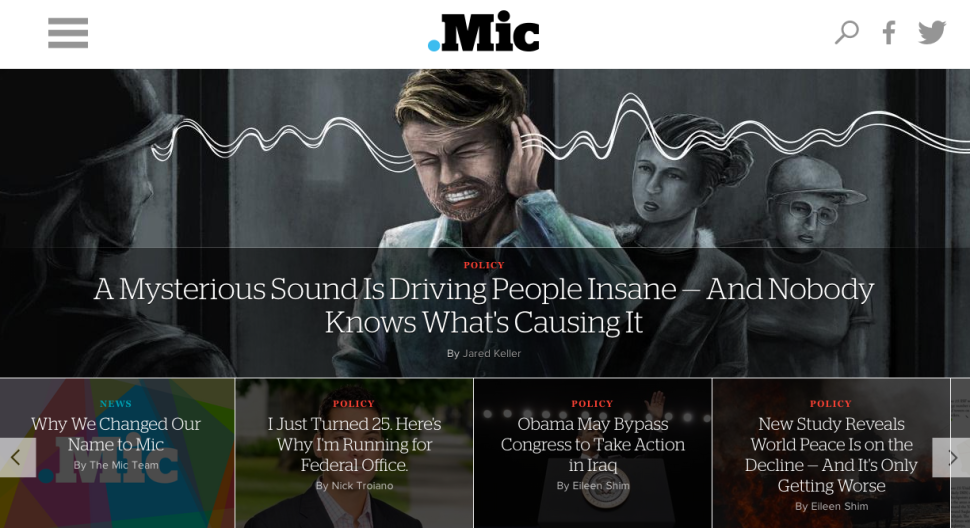