Tabloid wars continue as The New York Post tries to cash in on The Daily News‘ reported newsstand price hike.

A judge convicted three Al Jazeera journalists of conspiring with the Muslim Brotherhood to broadcast false reports of civil strife in Egypt. Two were sentenced to seven years in prison and one was sentenced to ten years, in a move that has drawn widespread condemnation. (The New York Times/ Al Jazeera English Statement)

Vice Media has many suitors, but also many demands, writes the Times. But this is our favorite part: “Bearded and bearish, [Shane] Smith looks as if he belongs at a Viking feast, drinking mead from his helmet. Instead, he was sipping chilled premier cru Chablis poured by an assistant.” (The New York Times)

Magazine publisher Felix Dennis, who “personified the buccaneering spirit magazines have lost”
has died at 67. (The Guardian)

Has Brian Williams jumped the shark, asks MarketWatch’s Jon Friedman. “Why is our most serious and respected evening-news anchor diluting his reputation for the sake of a few yuks?” (MarketWatch) 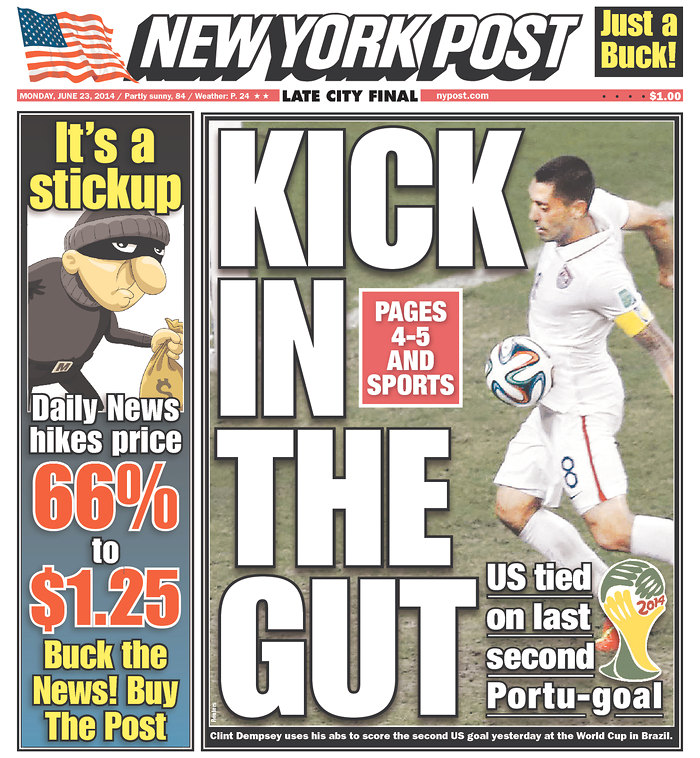