Call it method journalism. For all the new startup media sites like Vox, FiveThirtyEight, the Upshot, Matter, Circa and Inside, it’s not what they cover, it’s how they cover it, argues The Atlantic‘s Alexis Madrigal. (The Atlantic)

Even Matt Lauer thought that that time he interviewed Tom Cruise was awkward. (New York Post)

Although everyone has been talking about Time Warner wants to acquire a piece of Vice, what it really wants to do is get rid of HLN. (BuzzFeed)

Wall Street Journal reporter David Bird has been missing since January, when he left his home in New Jersey to go for a short walk. An exhaustive search has turned up no trace of Mr. Bird. A $10,000 reward, which Mr. Bird’s wife Nancy called a “last tool” is now being offered for any information leading to his location. (The Wall Street Journal) 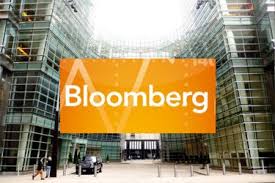