“It was just painful,” said New York Times executive editor Dean Baquet of Edward Snowden’s decision to snub the Times and instead share classified NSA documents with The Guardian and The Washington Post. (NPR)

The New Yorker launched its new “blog about ideas” yesterday, a project spearheaded by the magazine’s archive editor Joshua Rothman. The initial post beautifully discusses Foucault, space-time and historiography—a combination that is sure to awaken the liberal arts nerd in us all. (The New Yorker)

Typefaces may seem like an innocuous subject. But as anyone caught using Comic Sans knows, they can cause quite a stir. And recently font feuds have been taken to a whole new level with the breakup of the biggest partnership in typeface—between Jonathan Hoefler and Tobias Frere-Jones. (New York Magazine)

Today’s a big day for Time Inc. When the clock strikes midnight, the magazine giant is losing its training wheels, splitting up with parent corporation Time Warner and becoming a publicly traded company. The media titan has seen many shake-ups lately—a switch in wholesaler, ads on magazine covers, the announcement of a new headquarters. On Monday, when trading of the publishing company officially begins, Time Inc. CEO Joe Ripp will ring the opening bell at the stock exchange, heralding a new era for the magazine. (New York Post)

Today marks the 70th anniversary of D-Day, and the media have allowed us to explore the event and its aftermath like never before. Here is some of the best D-Day remembrance coverage the web has to offer:

D-Day landing scenes in 1944 and now (The Guardian)

Faces of the Second World War (The New Yorker) 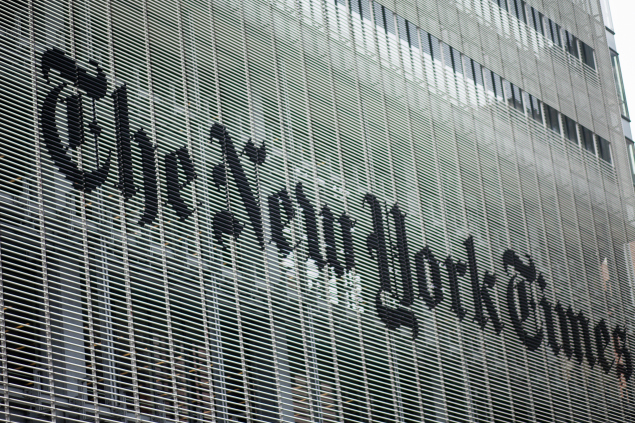