Memorial Day was different this year. Rather than sip rosé in Amagansett, we decided to swap polos and critter prints for hardcore revelry at Mysteryland, the world’s longest running electronic music festival. Mysteryland is making its first U.S. appearance this year at the legendary Bethel Woods site, once home to the Woodstock festival. Lights and lasers lit the sky as some 20,000 attendees from 27 countries made the pilgrimage.

“They’re showing the energy to the rest of the country, and it’s contagious,” enthused Grammy-nominated producer/deejay Steve Aoki, one of the festival’s headliners, along with the likes of Moby, Kaskade, Nicky Romero and Fedde Le Grand.

“The wildest thing I’ve ever seen reminds you of how far fans will go to get close to you,” said Mr. Aoki, the son of Benihana founder Rocky Aoki and half-brother of model Devon Aoki. “This one guy ended up climbing on the ceiling. He was really high and doing this monkey crawl on wooden beams just so he could give me a high five. It was dangerous.”

Mr. Aoki put an inflatable raft underneath the crazed concertgoer, who eventually fell and missed the boat completely. “He was fine, luckily,” said the deejay. “But it was insane.” Before dashing off to Ibiza, Mr. Aoki invited us to his upcoming gig at Madison Square Garden in August.

“I’m spending a couple hundred grand on just the production,” he disclosed. “It’s by far the most elaborate and complex show I’ve ever done.”

Meanwhile, 24-year-old sensation Avicii continues to ride his chart-topper, “Wake Me Up,” (No. 1 in 81 countries and triple platinum in the U.S.) and is gearing up to release a remix of his début album, TRUE.

“It’s rare when an artist has an opportunity to rethink an entire work,” Avicii explained to Shindigger. “I was excited to share this new take.” On July 4, Ralph Lauren’s Denim & Supply line will be bringing Avicii to Governors Island for an exclusive concert in conjunction with Macy’s.

After Mysteryland, and in need of recovery, Shindigger moseyed to Midtown and caught up with Krystal Joy Brown, who, after the quick shuttering of Broadway’s Big Fish, has taken a leading role as Diana Ross in Motown: The Musical.

“I had only 10 days to learn it!” Ms. Brown revealed to Shindigger. She said Berry Gordy, who wrote and produced the musical, “would sit down with me for an hour going over the script and the dynamics.” The actress also pounced upon the opportunity to gorge herself on videos of Ms. Ross, calling herself a “huge” fan of disco.

As did Angela “Big Ang” Raiola, whose ample bosom Shindigger nearly ran into as she celebrated her return on VH1’s Mob Wives at the Haus of Mimosa brunch at KTCHN Restaurant.

“I’m in a time warp,” she declared, while the venue blared commercial house remixes. “I don’t dance or sing,” she said but recommended Candi Staton’s “Young Hearts Run Free.”

Speaking of young hearts, on June 15, deejay Laidback Luke cruises into the Governors Island Beach Club for the second installment of his Super You & Me event. Like Mr. Aoki, Laidback Luke is no stranger to outrageous behavior, though “I still get surprised when I get flashed,” he told Shindigger. “Last weekend, someone jumped on my stage and wanted to dive off it.” But “the craziest stuff,” he said, “happens at the after-parties.”

So true. And if Shindigger could remember enough of our adventures to kiss and tell, we would. 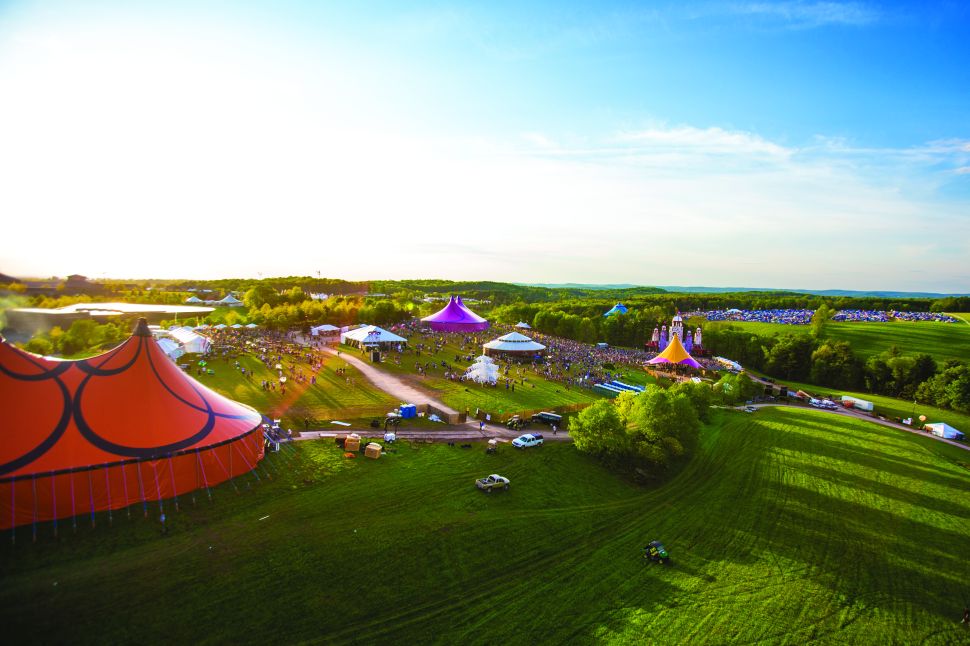