Before you can binge drink, skip class and embarrass yourself at football games, you have to find friends to be by your side for the bad decisions.

A new app called JoinU is assisting in that process by helping incoming college freshmen connect before they ever step foot on campus.

Once high school seniors know which university they’ll attend in the fall, they can join their school’s network on the app to start making friends.

Dan Thibodeau and Justin Gaither held onto the idea for JoinU for a few years before they founded the app.

“We knew there was a hole in the market. There’s a bunch of social networking services but they’re pretty fragmented and they’re not for college students” Mr. Thibodeau told Betabeat, adding that 3,000,000 kids are leaving Facebook each year because their parents are on it.

The two entrepreneurs were finally able to put the idea into play in 2013 after their other services, RoomSurf, a site for incoming college freshmen looking for roommates, and TextSurf, a site where students can sell their textbooks, had an especially successful year. That revenue, combined with funds from their business raising dorm beds during their college days together at The University of Miami (a gig so successful that one in three students had one of their devices), enabled them to begin working with Cloud Castle to produce the app.

Since its April 15 launch, 20,0000 high school seniors from 50 countries have downloaded JoinU, landing it the 83rd spot in the App Store’s Top 100 Social Networking category.

“A lot of students are downloading it and are excited about it,” Travis Parsons, CEO of Cloud Castle, told Betabeat.

JoinU makes it to find people you’d actually want to meet on campus. The app gives students the ability to filter by dorm, major, and interests, and even highlights other users with the most in common. There’s even a Tinder-like feature that allows users to “like” each other, but only receive notifications if it’s mutual.

“We wanted to include that because it’s something that’s relevant since it’s where online dating and dating in general is going. There’s no rejection,” Mr. Thibodeau said.

After only two months, the founders are already looking to improve the app. They’re taking suggestions from users who are asking for everything from custom colors, room for a bio and a roommate survey.

“We’re listening to all of those, prioritizing and trying to fit in as much as possible,” Mr. Thibodeau said, adding that they’ll relaunch in the fall with a few new features, including the roommate survey.

They’ll also be adding features oriented for on-campus use.  Among them will be the ability to post activities happening in real time so students can see who is doing what. They’re picturing a categorization of clubs, sports and Greek life so students can easily find exactly what they want to do.

“That’s really what college is about: what’s going on around me, who’s doing it, and can I get involved?” Mr. Thibodeau said.

JoinU has already experienced tremendous success with their first round of incoming college students (who are just graduating high school at this point), and they’re already garnering partnerships and investor interest.

Soon they’ll be on a new platform, Close.co, which exhibits interesting startups to investors.

They’re also in talks with companies about partnerships and strategic investments that would allow them to move to Canada, Australia and Asia soon.

It’s looking like pre-college social networking is about to become as common as pre-college bulk Ramen shopping. 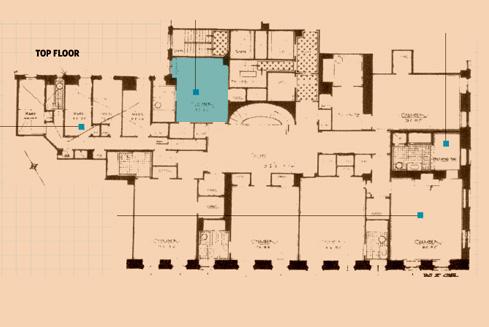