As we enter in to the Golden Age of the Web-Series, which is something I just made up, the term “low budget” is quickly becoming a negative. Having a low budget is sort’ve becoming synonymous with having a low quality.

Not so with the Low Budget Sketch Show, a New York based web-series made up of students, writers and performers from the Upright Citizen Brigade. For Low Budget writer and producer Stephen Gardella, low-budget isn’t so much a stigma as it is a badge of pride.

“If you’ve got access to equipment, and a hardworking attitude and DIY spirit, you don’t need to wait around to raise funds or for some network to pick you up,” Mr. Gardella told me.  “‘Low Budget’ is more about our attitude and spirit than the aesthetic.’

The Low Budget Sketch Show was founded in 2012 by comedy writer Jorja Hudson “on a DIY attitude, a passion for sketch comedy and zero kickstarters.” Over the course of two years the show amassed eight regular cast members and eight writers. It wasn’t until April 4, 2014 that Low Budget premiered its first three episodes in Brooklyn at bar/screening room Videology. They recently released the fourth episode on June 9.

Each episode opens with a monologue from UCB performer Bridey Elliott, followed by two sketches that are maybe sometimes connected by a theme. And, of course, shot with no budget to speak of.

“When people hear “web series,” they picture home-video quality with sloppy editing, just some guy running around with his childhood friends shooting a script that’s barely a script,” Mr. Gardella said. “But it doesn’t have to be like that.”

Check out all four videos below for all that sweet, low-budget goodness. 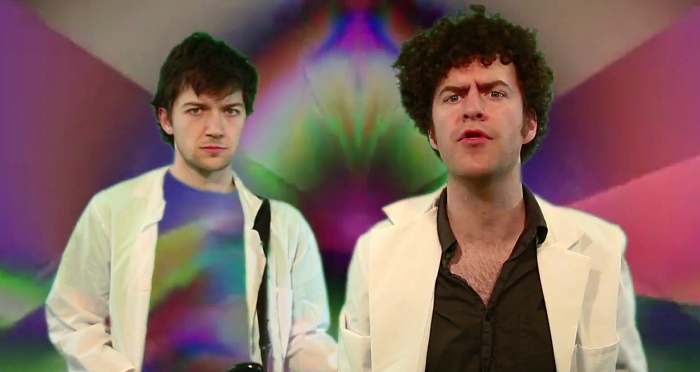