They came out by the thousands last Sunday, filing into Madison Square Park on a gorgeous June evening to watch the United States take on Portugal in the World Cup soccer tournament. Big-screen televisions brought the drama in Brazil to the fans gathered in the park—a place, by the way, that was not nearly so welcoming a quarter-century ago. But this is 2014. Now, in this once-neglected, dangerous public space, New Yorkers gather joyously to watch a soccer match. Times have changed, on so many levels.

Soccer? Really? And in Madison Square Park? A visitor from 1990 would have a hard time believing any of this.

Most in the crowd were cheering for the United States, but there were a few who reserved their applause for Portugal. This is, after all, New York.

We may not be the actual site of the FIFA World Cup tournament, but there are times, like last Sunday, when the tournament seems to take over the city. And those moments are a reminder that this chaotic and maddening metropolis also happens to be a magnificent experiment in cultural collaboration. And it works.

Was there a team in the original group of 32 that was without fans in some corner of New York? Impossible. Better still, for the moment anyway, national allegiance trumped politics and conflict. The city’s Iranians could cheer openly as their team gallantly battled Argentina before falling 1-0. Russians from Brighton Beach could share space at a sports bar with Koreans from Flushing and shake hands after a well-contested 1-1 draw.

The World Cup might still be an afterthought, if that, in much of the American heartland. But here in this global city, it has become an event like few others. Bars, decorated with the flags of 32 nations, have brought on extra staff to accommodate the crush of fans. Public spaces, like Madison Square Park, have been turned over to soccer-mad crowds. Conversations begin and end with recaps and previews of matches.

There is a market for world-class soccer in this city. Former Mayor Michael Bloomberg sought to tap into that market by building a new soccer stadium in the Bronx to house the New York City Football Club, the city’s first professional soccer team. The de Blasio administration seemed less enthusiastic, but lately it has been sending positive messages about the general concept.

The idea is a good one. Soccer has become part of the city’s sports culture. If you have any doubts, you clearly are spending too much time indoors this summer. 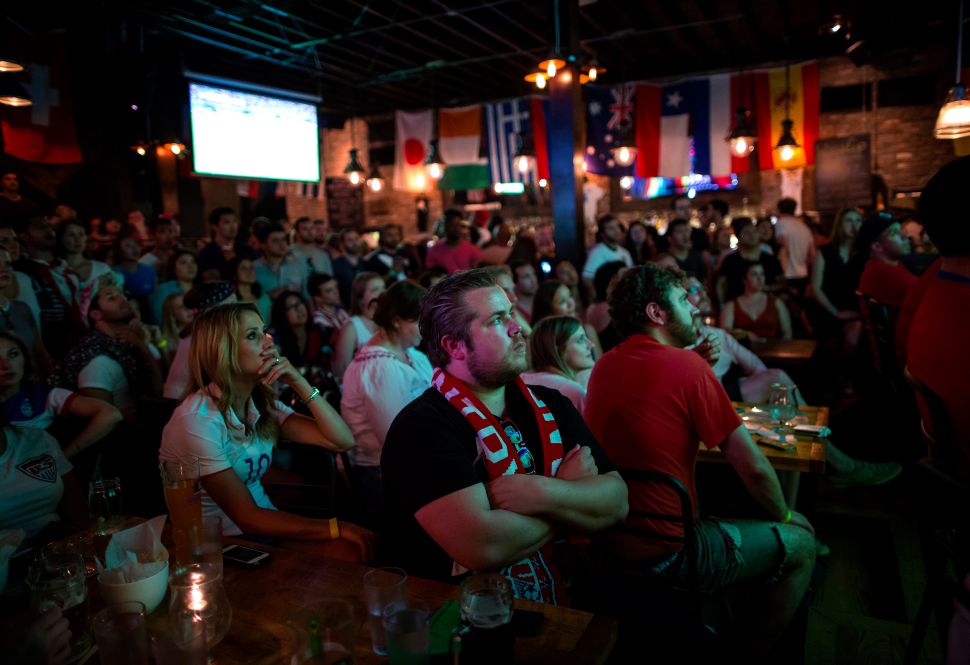