Ever since the FEC decided that it was legit for congressional campaigns to take donations in Bitcoin, a few future-forward politicians have made digital currency donations part of their platform. Now that trend is making its East Coast debut in New York City’s 7th district.

Congressional candidate Jeff Kurzon will start accepting donations to his campaign in Bitcoin this week as part of his effort to unseat Congresswoman Nydia Velázquez. Jeff Kurzon is the first New York politician to accept digital currencies for a campaign, following in the footsteps of Colorado’s Jared Polis and Texas’s Steve Stockman.

Mr. Kurzon points out that 38 percent of his district, which comprises parts of Manhattan, Queens and Brooklyn, is made of up immigrants. By Mr. Kurzon’s calculation, this is the demographic who will get the most out of digital currencies.

If that sounds odd, consider that in countries with less sophisticated banks, mobile payment systems like M-Pesa and Alipay are major economic driving forces. Mr. Kurzon wants to raise awareness for alternative systems of transferring money, and figures that message could resonate more with immigrants than it would with the ever-skeptical American audience.

“We expect that people in our district will want to use Bitcoin, and they can then come to us and ask about our experience,” Mr. Kurzon said. “It’s part of walking the walk.”

Awareness is probably a more realistic goal for the Bitcoin donation campaign anyway — since yesterday’s announcement, the campaign has only received one donation in Bitcoin. 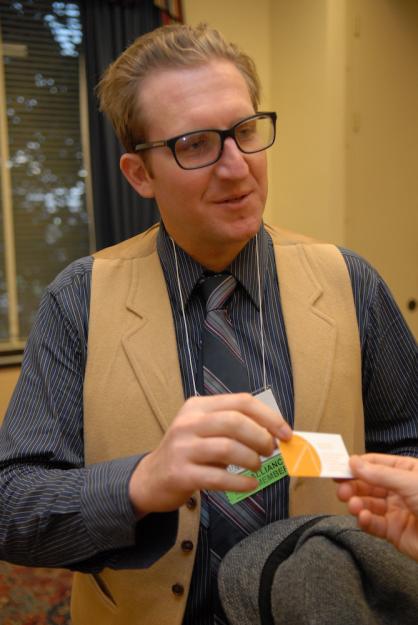