The ME’s office is now under investigation for possible misconduct. (Mario Tama/Gettty Images)

The wrong man was cremated in the latest mix-up at the city Medical Examiner’s Office, the New York Post reported.

Only a month after the office had to exhume over 300 bodies when it lost the corpse a 71-year-old woman, the ME’s office allegedly cremated Nathan T. Young, a black man, instead of Andrew Young, a white man. Received around the same time, the bodies were mixed up and Nathan was sent to a funeral home in Andrew’s place.

In other news, the corpse of 85-year-old Aura Ballesteros was sent to the Albert Einstein College of Medicine without the consent of her family, embalmed, and came close to being a research subject for students.

“The mistake was quickly realized, and [Ballesteros’ body] was returned to OCME within 36 hours as per the family’s wishes. No dissection occurred,” Barbara Butcher, the ME’s chief of staff, told the Post.

The office is currently under city investigation for possible misconduct, no doubt due to the off-the-wall blunders of the past months. 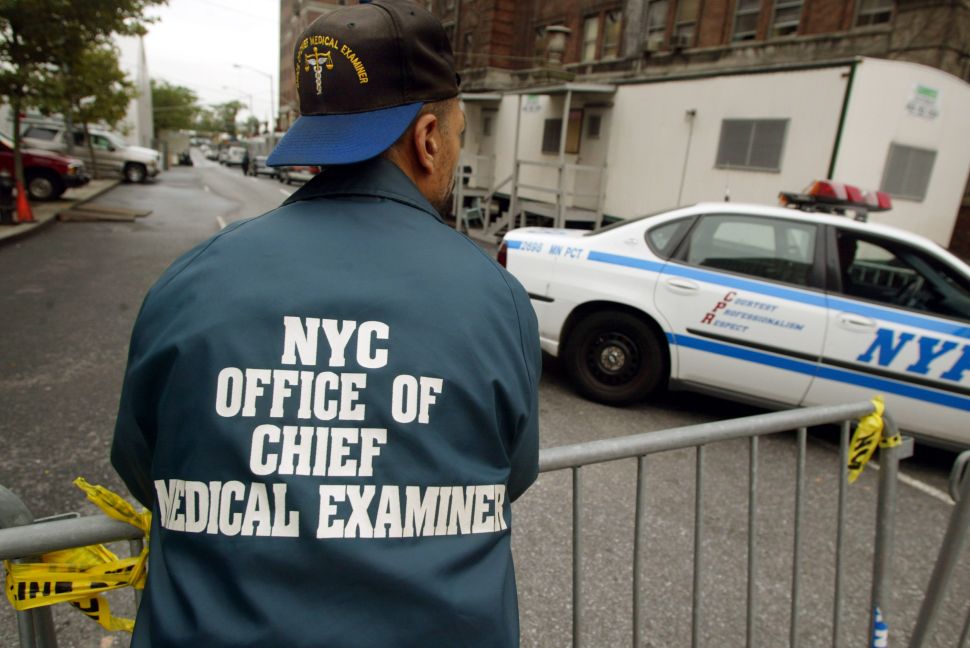