In a post-Father’s Day interview on hip-hop station Hot 97, Mayor Bill de Blasio again attacked the New York Post and the New York Daily News over their front page criticisms of his wife, Chirlane McCray, and regrets she expressed about motherhood in a New York Magazine interview in May.

After talking to hosts Peter Rosenberg and Ebro Darden about seeing the movie “22 Jump Street” and eating at Park Slope’s Mr. Falafel with his family yesterday, Mr. de Blasio responded to a question from Mr. Darden about how he felt about the tabloids’ twin attacks on the city’s First Lady for how she characterized her first experiences with motherhood to the magazine.

“The bottom line is, that was really inappropriate,” Mr. de Blasio said today. “She’s an extraordinary mother, she’s an incredibly devoted mother, and you can see how wonderful these children are, and she deserves the lion’s share of the credit.”

Mr. de Blasio went on to dispense advice to Mr. Darden, who is expecting a child of his own in August–especially given Mr. Darden was already getting worked up over his unborn daughter’s hyperactivity in the womb.

“If you ever feel like you don’t know what’ you’re doing as a parent, you’re normal,” Mr. de Blasio said. “Ebro’s going to need some peaceful meditation and some yoga.”

After the Post ran a cover with a photograph of Ms. McCray and the words “I am a bad mother,” Mr. de Blasio said in a May press conference that the coverage was “disturbing.” Ms. McCray told New York last month that she had difficulty adjusting to motherhood after having had such an active career.

“I was 40 years old. I had a life. Especially with Chiara—will we feel guilt forever more? Of course, yes. But the truth is, I could not spend every day with her,” Ms. McCray told the magazine. “I didn’t want to do that. I looked for all kinds of reason not to do it. … It took a long time for me to get into ‘I’m taking care of kids,’ and what that means,” Ms. McCray said in the interview. 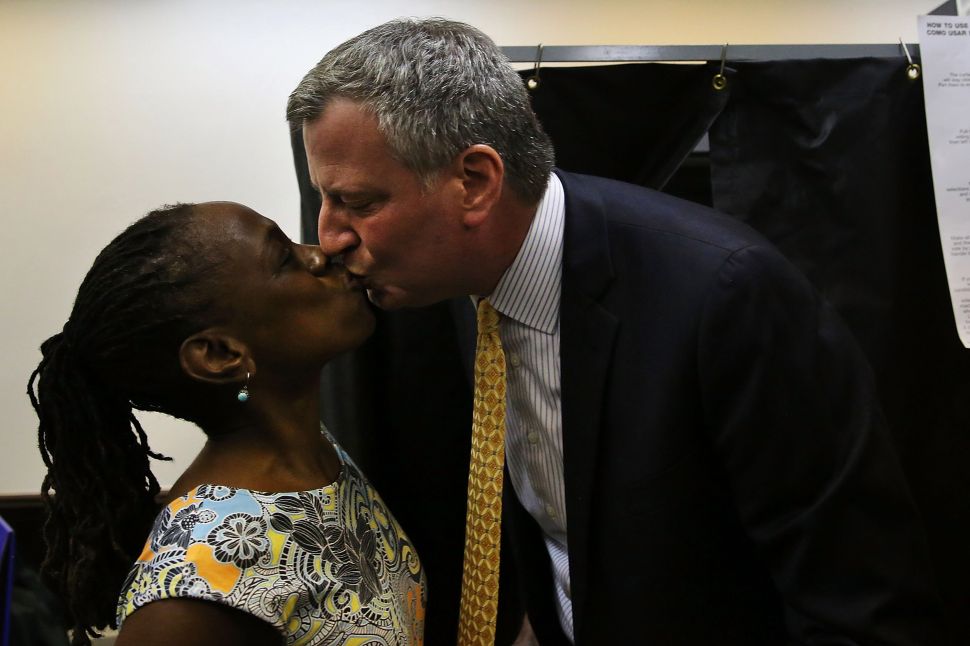