Last season, Orphan Black followed an odd and interesting narrative logic. It started out focused on one character, Sarah, and very slowly opened up into an ensemble piece (most of whose characters were played by the same actor, of course). One of the joys of the show was watching this measured unfolding, discovering new clones, and new storylines, along with Sarah.

This season, having uncovered about as many protagonists as its plot can handle, Orphan Black traced a very different trajectory. Its characters now well-established, it reveled in bringing their stories together and then splitting them apart, over and over, and tracing the effects of each combination—in a strange echo of the genetic experiments that lurk constantly at the edges of the story. (And now that we have met 8-year-old clone Charlotte, we know that Dyad has actually been performing a similar process of trial and error, failing over and over to bring a viable clone into the world without the help of Dr. Duncan’s “synthetic sequences.”)

Fittingly, then, this season’s pattern of union and dissolution reaches its crescendo in its finale, when all four of our protagonist-clones find themselves together for the first time. And then they let loose in an exuberant display of dancing that is one of the most enjoyable things I have ever had the pleasure of watching—not to mention a truly breathtaking feat of green-screen filmmaking.

And a good thing it was so wonderful, because this scene aside, the episode was pretty much a rambling mess. It cannot be easy to write a suspenseful show’s season finale. Loose ends must be tied up, storylines ended, while others must be opened to propel viewers into the next season. But the truth is, very little actually happens in this episode, and what does happen doesn’t make a whole lot of sense.

For example: Cosima and Scott hatch a breathtakingly weird plan to save Sarah, who has turned herself in to Dyad to try to save Kira and is about to have one of her ovaries removed against her will. They rig up a makeshift pencil-shooting air gun out of a fire extinguisher and hide it underneath a table in the operating room. Then they have Kira draw a picture for her mother with a fire extinguisher in it, so that she’ll know to look for it and use it to shoot her way out of there.

But—and remember, these are supposed to be two of the smartest characters on the show—there is no way any of this should have worked. Somehow Cosima and Scott had to rely on the fact that Rachel would deliver the drawing to Sarah right before her operation, but also that she would not actually look at the drawing herself and find the weapon before Sarah had a chance to use it. They would also have to know that Rachel would shoo everyone else out of the room before delivering the drawing, as the gun could only have shot one person. Sarah, never having seen this contraption before, would have had to know how it worked well enough to time the shot when Rachel was in range. And so on.

Of course this hail mary of a plan miraculously works, and Rachel gets a pencil lodged in her eye—a clever fate for a woman so obsessed with looks, surfaces, mirrors. Then Scott reappears to hand Sarah a Dyad key-badge so she can find Kira and escape. Ok, but if he can just show up like this without being seen, why didn’t he just stab Rachel in the eye himself? Or do any one of 100 things he could have done to help Sarah instead, which did not involve this Rube Goldberg level of intricacy?

When Sarah finds her way to Kira’s room, somehow avoiding being seen by any guards on the way, Marian Bowles is there to let her and Kira go, as part of a deal she made with Mrs. S and the now-back-in-the-army Paul. But! Sarah would have been unconscious, undergoing surgery right now if it hadn’t been for the fire-extinguisher gun—which Marian couldn’t have known about. And if she made a deal to save Sarah, why wasn’t she there in the operating room, stopping the procedure, rather than relying on the ingenuity of the lab rats?

Well, I suppose in the end a good season finale should raise more questions than it answers.

And now that they’ve all been in one place, the clones are flying apart once again. Under the terms of the deal with Marian, Mrs. S has traded Helena to the military for one of their male “Project Castor” clones—who turn out to be versions of the ex-Prolethean Mark. This is going to come as quite a shock to Mark’s new teenaged wife Grace, who very recently tried to kill a clone for being “barely human.”

Alison was literally in the episode for no reason other than to awkwardly shake Helena’s hand, dance goofily with her sisters and slap Felix chastely on the butt. Our Ali is going to be just fine.

Not so Cosima, however, for whom time is swiftly running out. Rachel uses Cosima’s life/Kira’s bone marrow as a bargaining chip to try to get someone, anyone, to give her the codes to Dr. Duncan’s sequences so she can make new clones. But Duncan offs himself right under her nose, because apparently Rachel has never seen a television show before, and so doesn’t know that when your prisoner brings along his own teabags, that tea’s totally going to be poison. And Sarah has zero idea what she is talking about, of course, so Rachel smashes the vials of marrow just before getting a writing implement in the eye socket. And Kira can’t donate more marrow for weeks.

So Cosima is still slowly dying. But Kira has another present for her: Doc Duncan’s book of secrets, carefully hidden inside his copy of The Island of Doctor Moreau. And then not-so-carefully given to an 8-year-old child, who could just as easily have shown it to anyone else, including Rachel. But luck is once again on our heroes’ side, and now Cos may have the tools to reverse-engineer herself. We’ll have to wait until next year to see if she can. 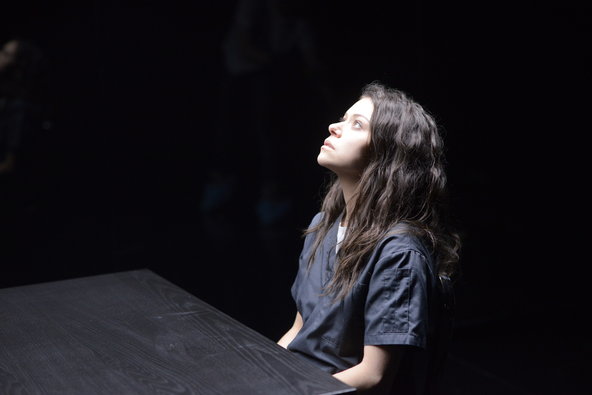