Mr. King, speaking with radio host Geraldo Rivera, lamented the downfall of the House majority leader and Virginia Republican because he quietly fought for New York’s interests, at least according to Mr. King.

“At a very local level, it’s bad for New York. Eric Cantor, even though he was a conservative and he was from Virginia–when the chips were down he came through for New York,” Mr. King, a Long Island Republican, said.

“He was the one who put together the deal for us on the Sandy aid after the whole furor broke out in the House. He was the one who was there for us … He was an adult who whether or not he always agreed with you, he did try to make things work and he was helpful to New York.”

The political world was shocked on Tuesday when Mr. Cantor, the second most powerful Republican in the House and a contender to become the next speaker, lost to little-known economics professor Dave Brat. Mr. King, like many moderate Republicans and Democrats, lamented the defeat because it appeared to embolden the conservative Tea Party wing at the expense of elected officials willing to work across the aisle.

Mr. Cantor was a prolific fund-raiser for the party who as recently as a month ago traveled to New York to promote charter schools. The left-leaning Democratic establishment here greeted him with coolness.

Mr. King also said he was concerned that moderate Republicans would panic after Mr. Cantor’s loss.

“Virtually every other primary in the country, the people who have Eric Cantor’s positions have won. This could’ve been local,” Mr. King continued. “My concern is that panic setting in and people saying, ‘oh my God Eric Cantor lost, we have to go to the bunkers and hide out.’ I don’t think so.” 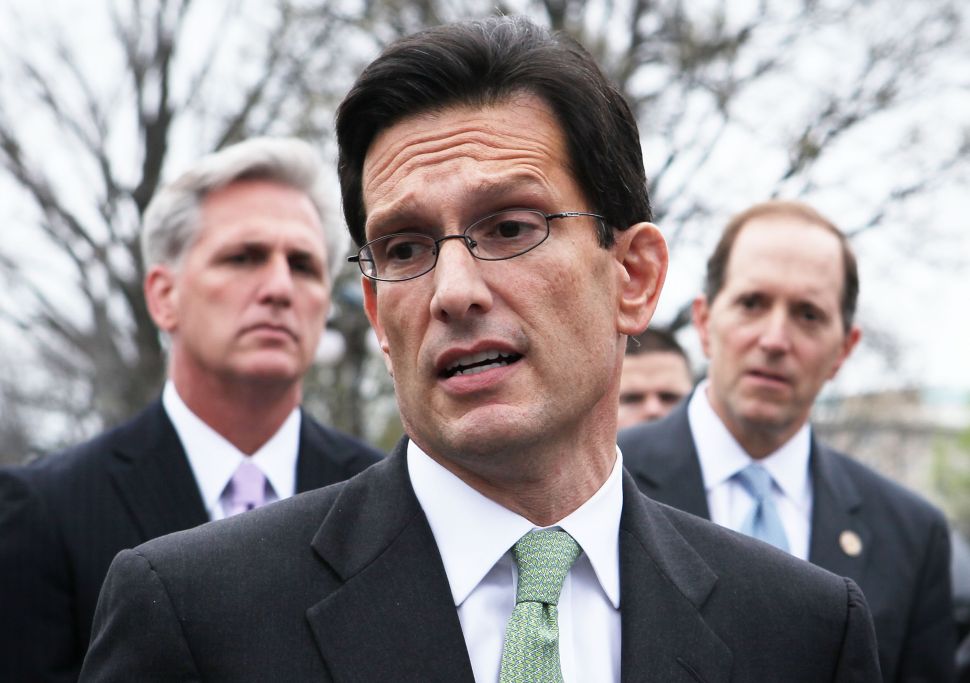