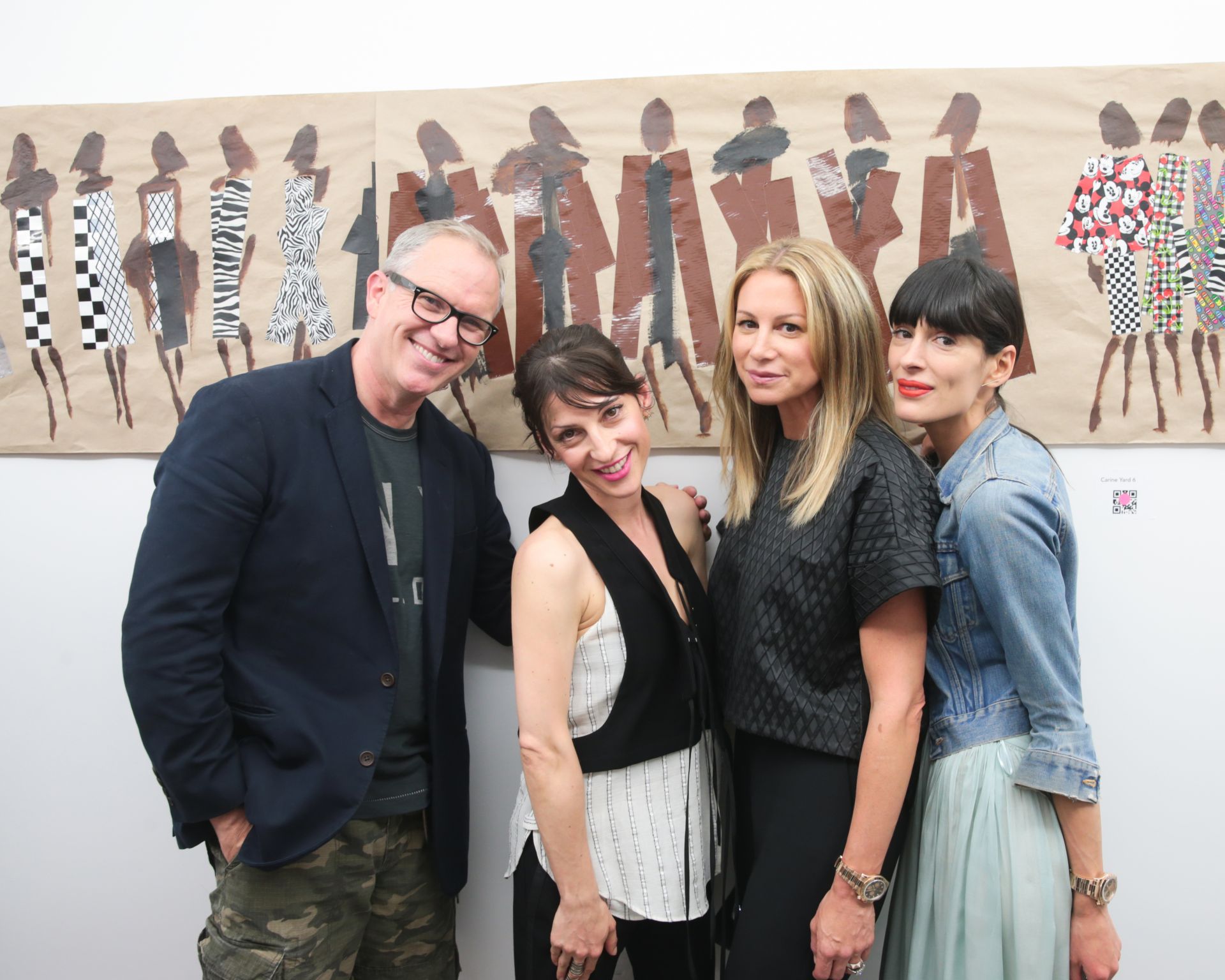 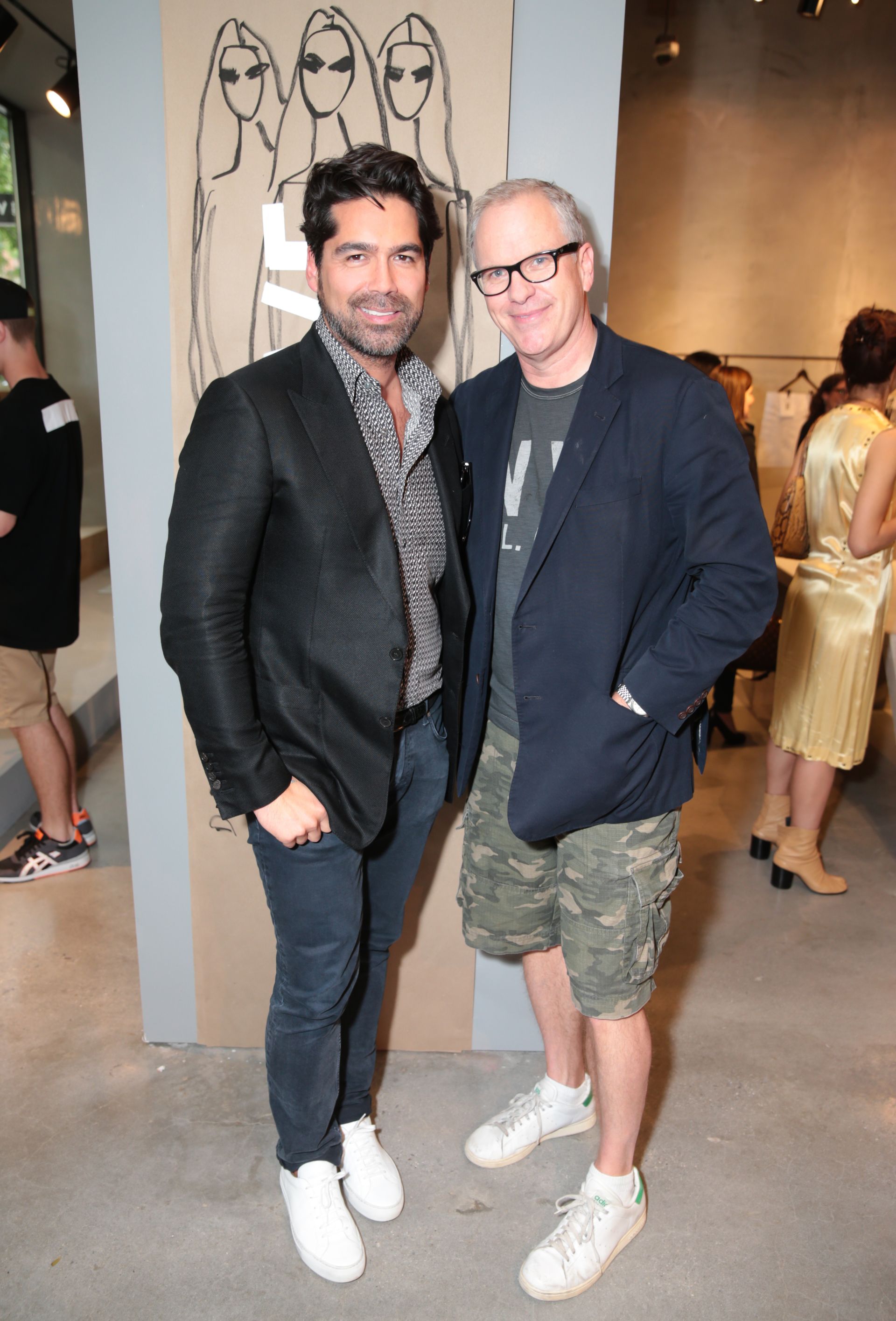 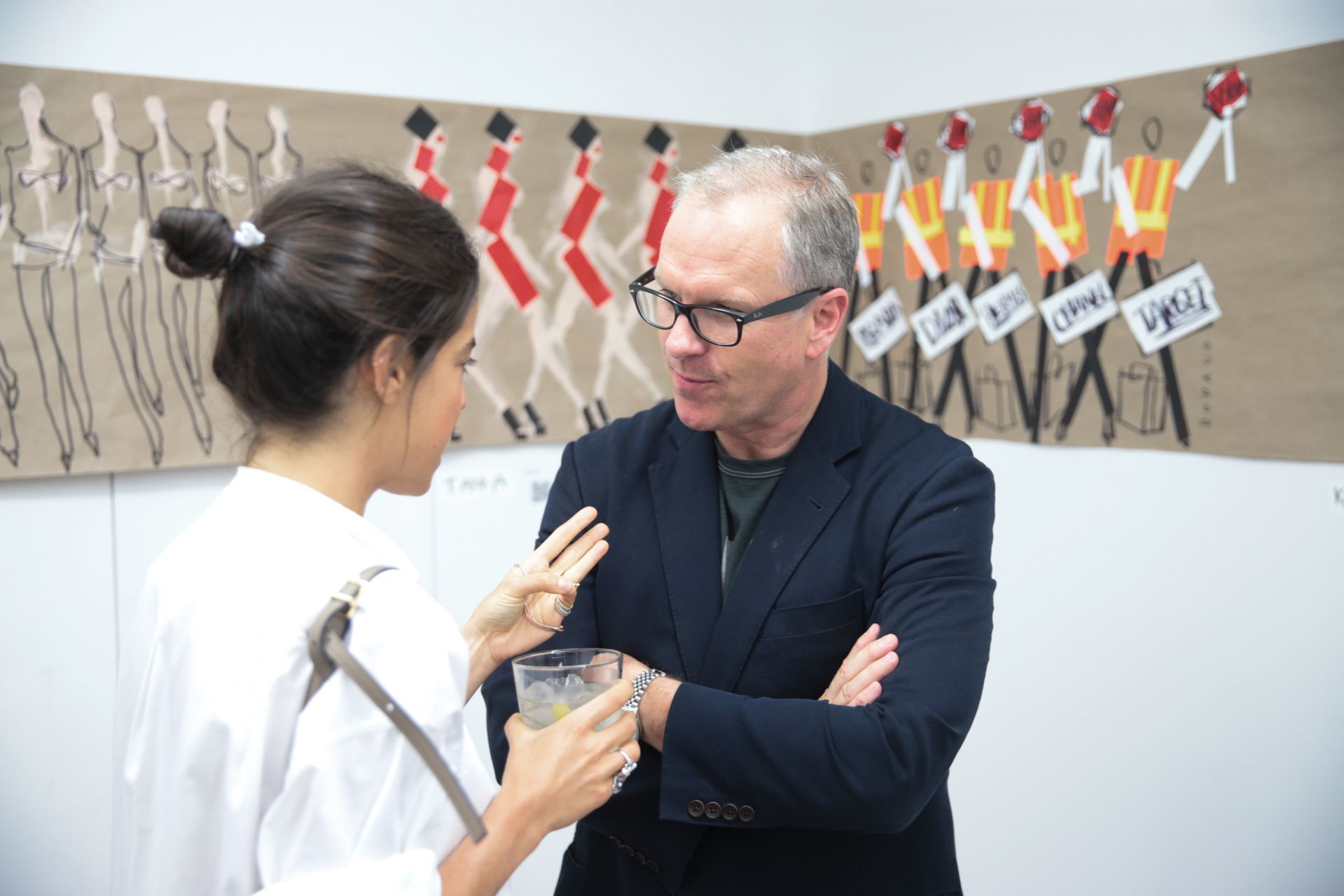 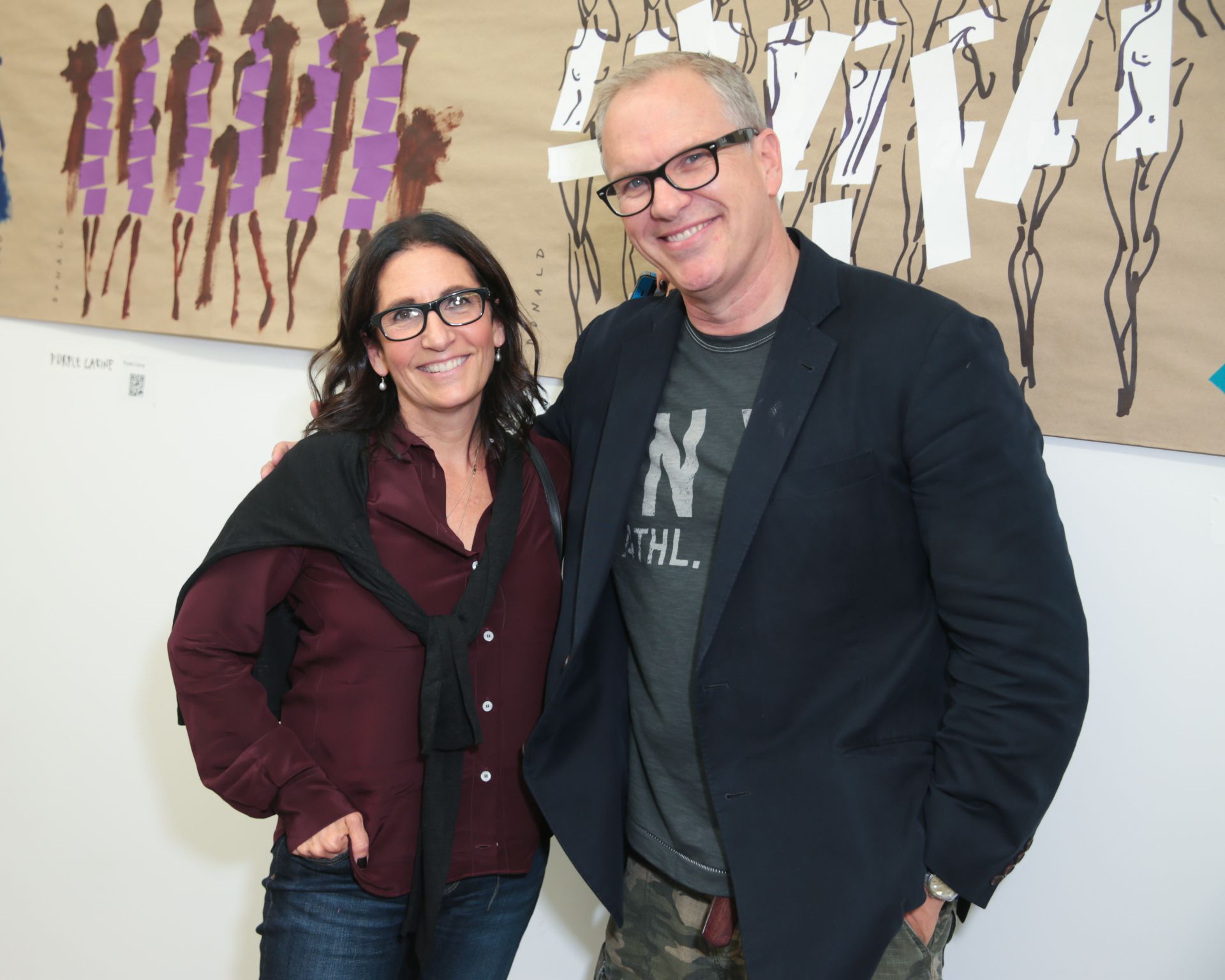 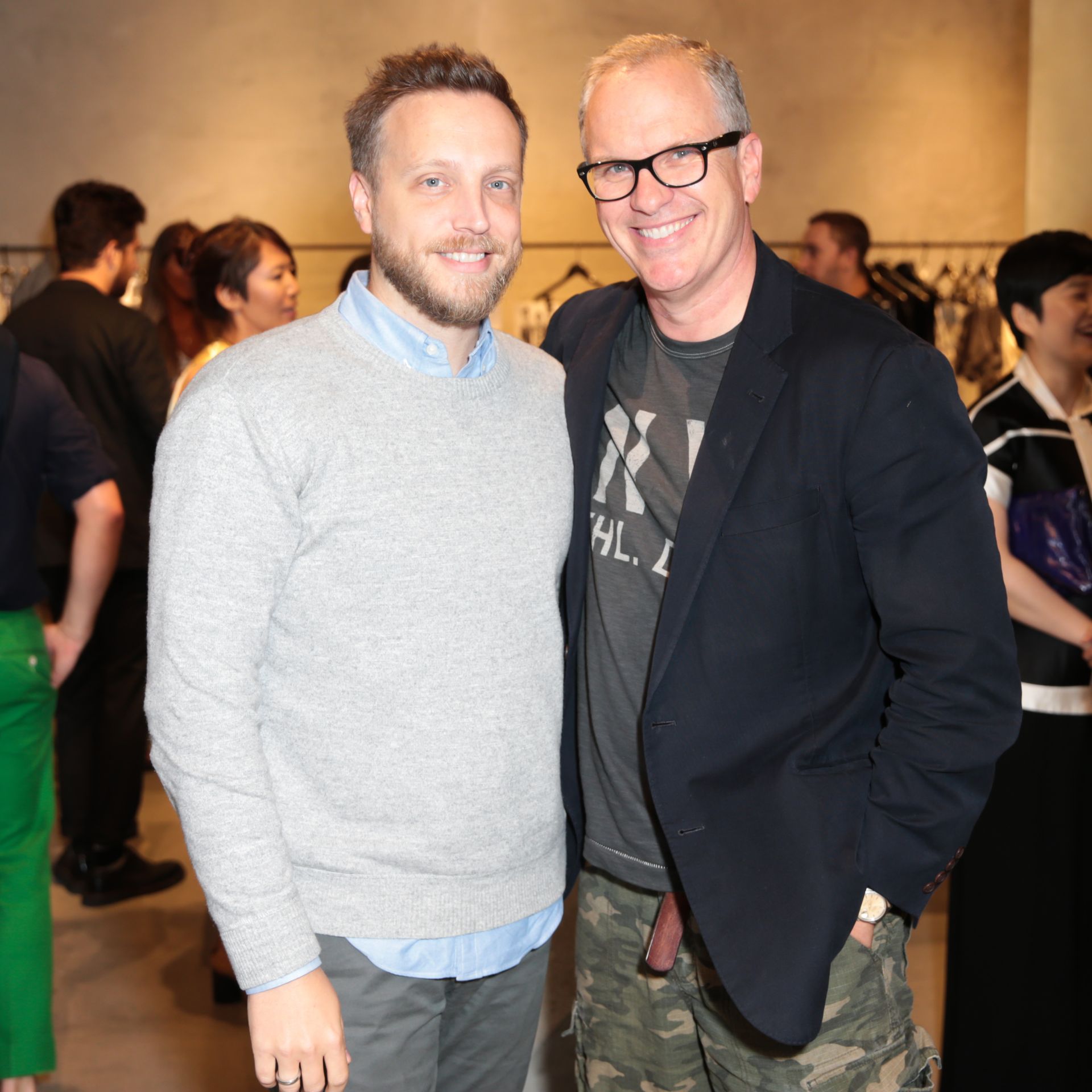 Editor in Chief of InStyle Ariel Foxman and Donald Robertson 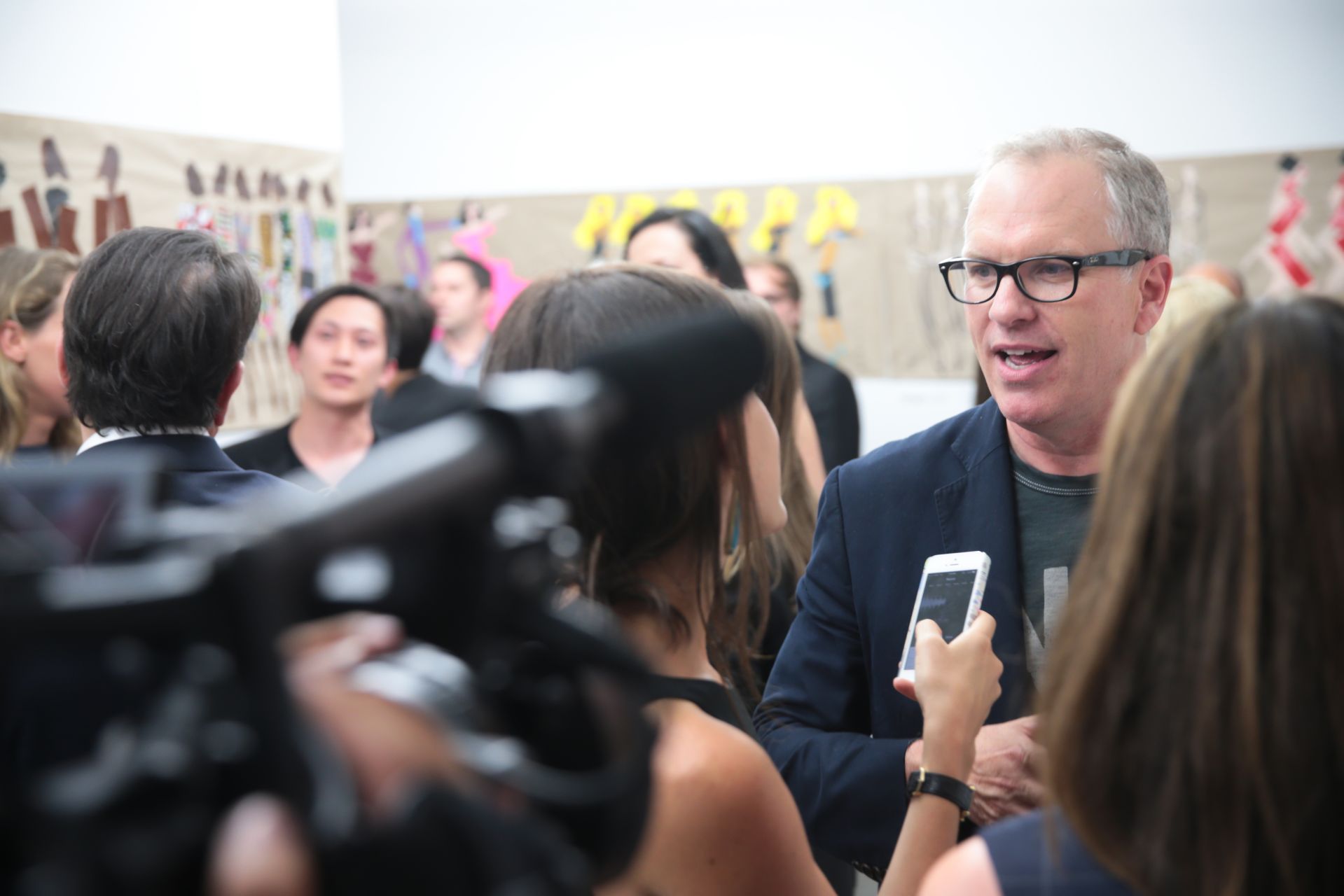 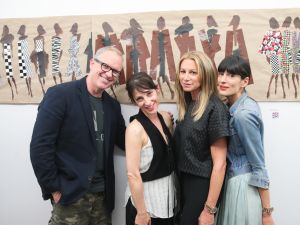 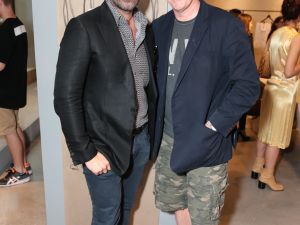 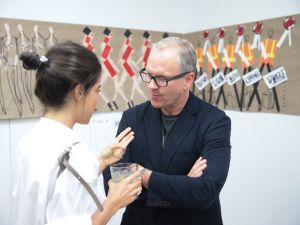 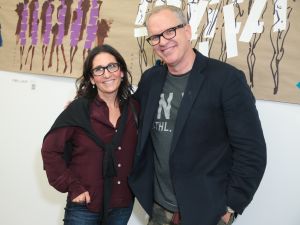 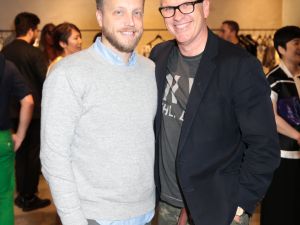 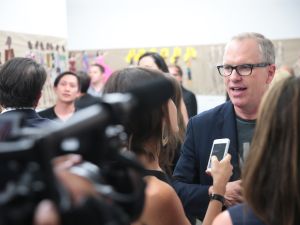 The fashion community came out last night to celebrate the opening of Donald “Drawberston” Robertson’s new exhibition titled “Donald by the Yard.” Aptly named, the show features his popular illustrations drawn on one long roll of paper that wrapped the walls of the Curve boutique and gallery on Bond Street, where fans could get up close and personal with Robertson’s favorite cast of characters instead of viewing them from his popular Instagram feed. The drawings will be available to purchase by the yard.

“Everyone keeps saying how big they are, I think people think I do miniatures because they’re viewing them from their phone,” said Robertson. “I decided I was going to do a constant flow of work. So I was sent this giant paper. And I started doing one continuous painting that went so far down the block. I went into my front yard and rolled it down my sidewalk and it was crazy.”

Robertson’s work is largely inspired by fashion, pop culture and music. Anna Wintour, Grace Coddington and Karl Lagerfeld are just a few of his muses lining the walls, as well as a few throwback cartoon characters like Wilma Flinstone and Jane Jetson. Inspired by his children, no doubt, this suburban dad — who is also the head of creative development at Bobbi Brown cosmetics — is often credited for helping revive his art form.

“It used to be that you couldn’t pay someone to illustrate, and I think Instagram has single handedly brought it back to life,” he said. “And now there’s a space for it. It’s almost more exciting to be on CR Fashion Book’s Instagram feed than it is to be in a fashion magazine. Other illustrators are also coming out of the woods and its wonderful. It’s like the 1930’s.”