Council members Donovan Richards, Daneek Miller and Mark Levine rallied with activists and academics on the steps of City Hall today to call on the city to use eminent domain to stop home foreclosures.

They discussed a new report by the left-leaning New York Communities for Change (N.Y.C.C.), which revealed that thousands of African-American and Latino homeowners were still at risk of losing their homes due to foreclosures and underwater mortgages.

Mr. Richards, who represents areas like southeast Queens and the Rockaways that were hard-hit by the foreclosure crisis and Hurricane Sandy, went straight to the point.

“I’m here because I think the people need their bailout. Didn’t the banks get their bailout? So why can’t the people get a bailout?” Mr. Richards said. “Today I stand with N.Y.C.C. to call on New York City to use eminent domain to really seize these mortgages and make a difference in the lives of New Yorkers.”

Financial institutions have aggressively opposed the usage of eminent domain in this instance and questioned its legality–it remains unlikely, observers say, that it will be implemented in New York City. Mr. Levine, however, said the tactic could be viable.

Mr. Miller said the city has a responsibility to help homeowners with their mortgages.

“Wall Street was bailed out, Main Street has not been bailed out,” Mr. Miller said. “We have explored many options and the option that we have come up with and we stand here today to talk about is eminent domain. We think the city should and has the responsibility to take these mortgages.” 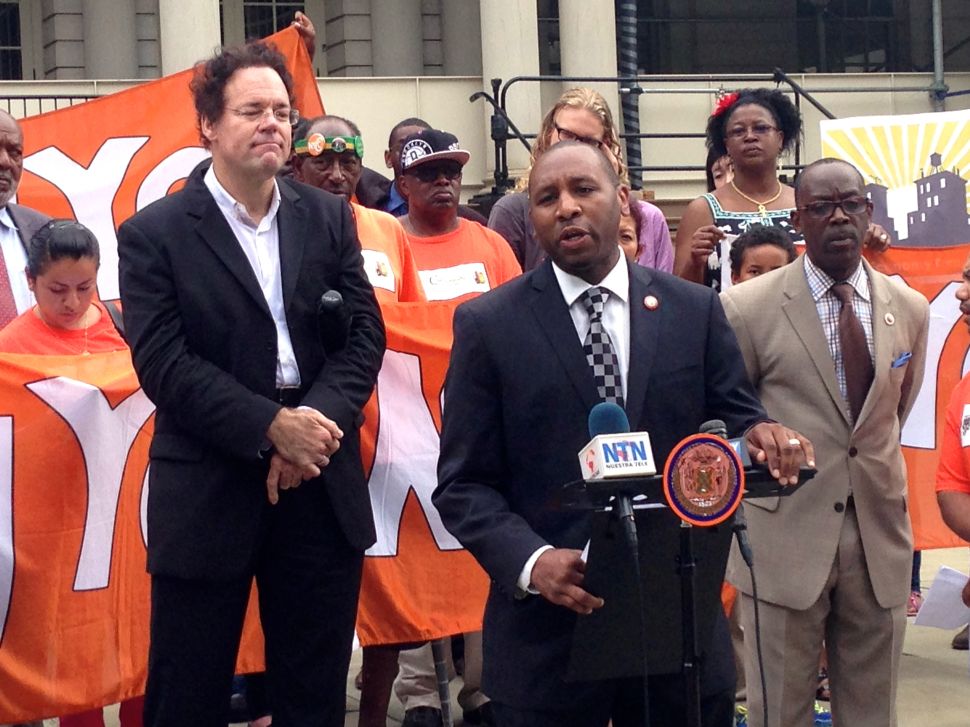