More than a dozen of these senior residents, many with disabilities, held banners and posters while the elected officials spoke outside the residence.

“I am surprised, taken aback and disappointed that the Salvation Army wants to move these tenants out of this location and has decided to sell this building,” said Ms. Rosenthal. “That they would sell it for a profit, kick the residents out and expect now just to turn it over to another luxury development, almost in the dark of night. And that is something that the Upper West Side just isn’t going to stand for.”

As the Daily News reported, the Salvation Army plans to sell the Williams Residence for $108 million to a luxury developer to help pay for a new project: an affordable senior residence and a community center on East 125th street. The residents of the Williams Memorial residence have been promised a unit in the new development in East Harlem as well as the same rent for up to 18 months. While some are ready for the move, many are against the neighborhood swap.

Ms. Brewer, who has also represented the district in the past, agreed with Ms. Rosenthal.

“The mission of a non-profit like the Salvation Army is to support, in this case, senior affordable housing, not to sell a building to an owner who is going to put in luxury housing,” she said. “Salvation Army, be true to your mission, if you want to build somewhere else, fine. But you need to continue in some form, this building for affordable seniors, you or another non-profit” Ms. Brewer declared.

Ms. James was equally adamant about a move not happening.

“They will not move, they should not move. And that is why I’ve come here today,” said Ms. James. “Moving is hard for everyone but it is especially hard for senior citizens, some of whom may be in poor health, with no family in the New York City area. Seniors experience stress, anxiety, depression which can lead to more serious conditions when they are forced to move.”

Also present on site was James Betts, a general secretary for the Salvation Army, who addressed reporters after the rally and tried to field complaints expressed in the protest.

“Our whole goal through this whole process is to take care of the folks that we serve. We are not putting them in the street,” Mr. Betts said.

“We are giving them an enormous amount of time to even make their decision, and we are committed to helping them with moving, to covering the costs of the moving, to keeping their residence fees at the same level for at least 18 months. Nobody here ends up on the street,” he added.

After exploring various options, including 20 million dollar renovations on the building’s infrastructure, Mr. Betts said that “the only solution that we could see was the sale of the facility and the rebuild of a new facility, a better facility, a more efficient, more modern facility that could meet the needs even better than we can today.”

For the deal to take place, the state attorney general and the courts have to grant approval since the Salvation Army is a charity. The Salvation Army must prove its decision is in the best interest of the charity and must also prove that selling the property is consistent with their mission. 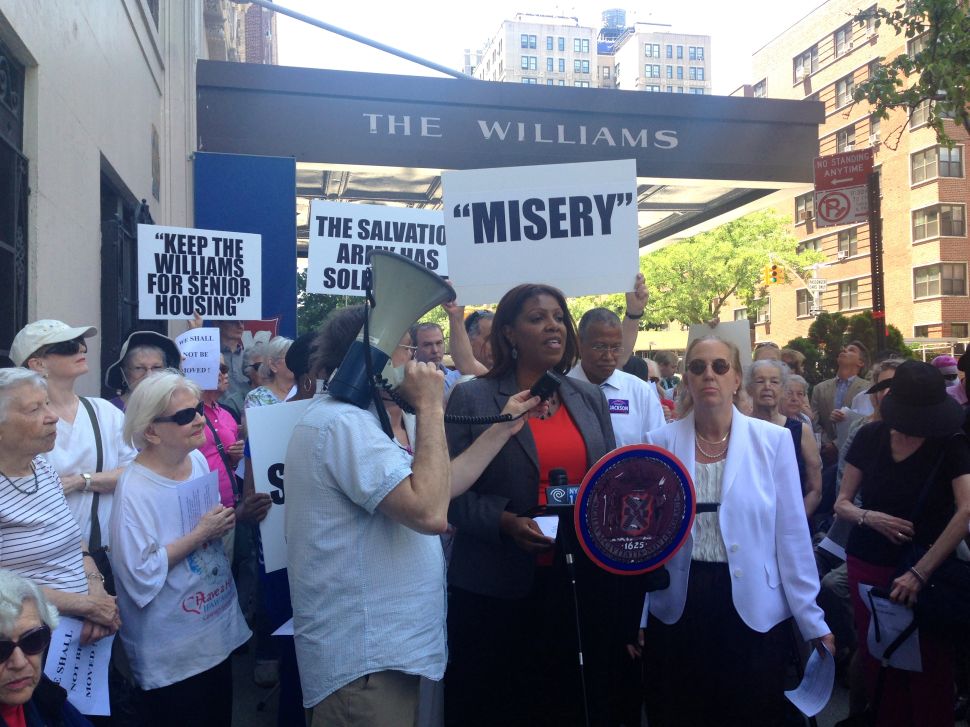