“The Pied Piper of Park Avenue” is a serial about idealistic kids at New York’s private schools. It’s not the first story to be written against a deadline. Tom Wolfe first published “Bonfire of the Vanities” as a series in Rolling Stone. But they didn’t have embedded movie clips and music videos. And they didn’t have .01%ers, elite school administrators and kids on a mission… For previous episodes, click here.

At Trinity, it was a week of upper-class graffiti. It started when someone — Harvard-bound seniors, no doubt — painted “H 4” in crimson on the Astroturf playing field that covered the school’s roof. The next day, seniors off to Yale painted “Y 6” in blue. On the third day, the Stanford crew painted an “S” and the number 10, and because no first tier college had accepted more Trinity kids than that, the one-upmanship ended. Boom, what! Stanford was the new Harvard.

Disciplinary action? Take the long view. Where do Stanford graduates work these days? Your first answer would be Google or Goldman Sachs. They’re still major employers of Stanford grads, but more and more Stanford students now seek “fulfillment” — they want to be entrepreneurs, they head to start-ups. Which often go public. Which make their employees mega-rich. Which make the development officers of their old schools very, very pleased. So, yeah, Stanford as the new Harvard put a nice punctuation mark on the spring.

Over at Dalton, hijinks took a different form. Ten days before graduation, Billy Passidomo threw a party at his parents’ duplex penthouse. His parents were such legendary travelers — more than once, a nanny represented them at parent-teacher conferences — that their apartment was the default location for the wildest Dalton blasts. For this one, Billy had bought his friends Pax vaporizers and had their initials engraved. And he’d had his connection deliver a quart jar filled with buds of Jack Herer, a strain of herb so prized it was sold out in San Francisco. The school knew about the smoke-off at “The Passidome.” But Billy’s crowd was halfway out the door. Turn a blind eye.

And why not? The axis of the Upper East Side was about to tilt to the Hamptons. The weather was good, the city was quiet, the days counted themselves down.

The valedictorians. As if they were being graded, they submitted draft after draft of their speeches, accepting, as they had for years, the lash of comments in the margin.

“’9/11: a day that changed us forever?’ Really, Ms. Steinberg, is there a change that can be completely erased? Or do you get do-overs I don’t?”

“‘A brutal murder?’ Jerry, tell me about the other kind.”

And back the valedictorians went, the better to make their schools and families proud.

There was one other bit of writing done that week, and it arrived in the email of every private school student in the 7th grade or higher one evening. Why after school? Because the authors didn’t want a repeat of the all-school musical interlude.

This is the email:

We graduate in a week. It seemed like the right time to give you a report — a first report and a final report — about our Spring Project.

Call us the Pied Pipers of Park Avenue.

If you remember your fairy tales, you’ll recall the 13th century story about the rat catcher hired by the civic leaders of Hamelin, Germany. He played his magic flute and the rats followed him to the river and drowned. The civic leaders stiffed him, so he played his magic flute again and 130 of Hamelin’s children followed him out of town, never to be seen again.

No one’s burned us. We’re not vengeful. We love New York — we don’t want you to follow us out of town.

What inspired us was a video. You know the song: “Ho Hey.” But you may not have seen the Lumineers play it live in London. Watch it closely, especially starting at 2:06. Behind a bass drum, they’re singing in the streets.

That image says it all for us. Kids. Having fun. Together. Kinda marching, kinda dancing. The way it’s supposed to be. The way it rarely is.

What we wanted in our demonstrations this spring was to help people who needed help, but if we’re totally honest, this was mostly about us, for us. We wanted to give you something like that Lumineers moment — an experience of joy and community that might mean more to you than a graduation party or a summer trip or the car you’ll be driving to whatever college. We hope we did that.

So creating an “experience” was the primary motive, not some Thomas Piketty wealth redistribution scheme. College admissions settled, summer plans made, the school year done and dusted. These incoherent spasms of philanthropy were just a form of senior hijinks, a noble tradition with a contemporary twist. For the school administrators and their boards, that email was a warm bath. Or as Annie Winsor, whose school had a $135 million endowment, put it, “Nothing happened this spring to make a graduate hesitate before writing a check.”

Only Hays Nolan saw the Pied Piper letter as a head fake. He said nothing to Annie, but he had a bad feeling. There was, he sensed, another event ahead. 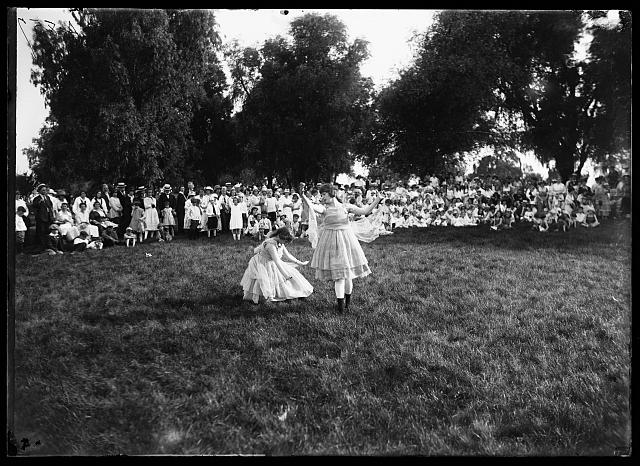