The gloves were long off in the race for Congressman Charlie Rangel’s seat–and a new mailer shows it will stay that way through next Tuesday.

“Working and middle class New Yorkers struggle every day to make ends meet in the toughest city in the world,” the mailer, obtained by the Observer, reads. “So why did Adriano Espaillat vote to abolish the Commuter Tax and hand wealthy, suburban residents $9.7 billion in tax cuts, while destroying New York City’s budget and forcing devastating cuts to Pre-K, law enforcement and affordable housing?”

Mr. Rangel’s camp has repeatedly assailed Mr. Espaillat throughout the bitter campaign for his vote, which he took when he was as an assemblyman, to repeal the tax on suburbanites and others who work in the city but live beyond the five borough. The repeal has cost the city $9.7 billion, according to the city’s Office of Management and Budget.

Mr. Espaillat admitted to the Daily News a week ago that he regretted voting for the repeal, which remains unpopular among left-leaning Democrats in the city. “That vote I would take back,” he said. “I’ll be honest with you, it was a terrible vote.”

The other side of the mailer has several black and white photographs of 1950s-style men and women who appear as stereotypical suburbanites celebrating their “tax break.” Though Mr. Rangel’s mailer claims that the commuter tax repeal has led to “devastating” budget cuts to prekindergarten and other city programs, Mayor Bill de Blasio has actually boosted the city’s budget this year to pay for a pre-K expansion and affordable housing.

“After nearly half a century in Washington, all Congressman Rangel has left is sad attacks like these. Adriano continues to gain support from across the district because he’s talking about the issues that matter most to voters- how he’ll fight to create more affordable housing, strengthen locally-owned small businesses, pass truly comprehensive immigration reform and bring opportunity for all,” said Chelsea Connor, a spokeswoman for the Espaillat campaign.

The Democratic primary will be held on June 24. Also running are Pastor Mike Walrond and Bronx activist Yolanda Garcia. 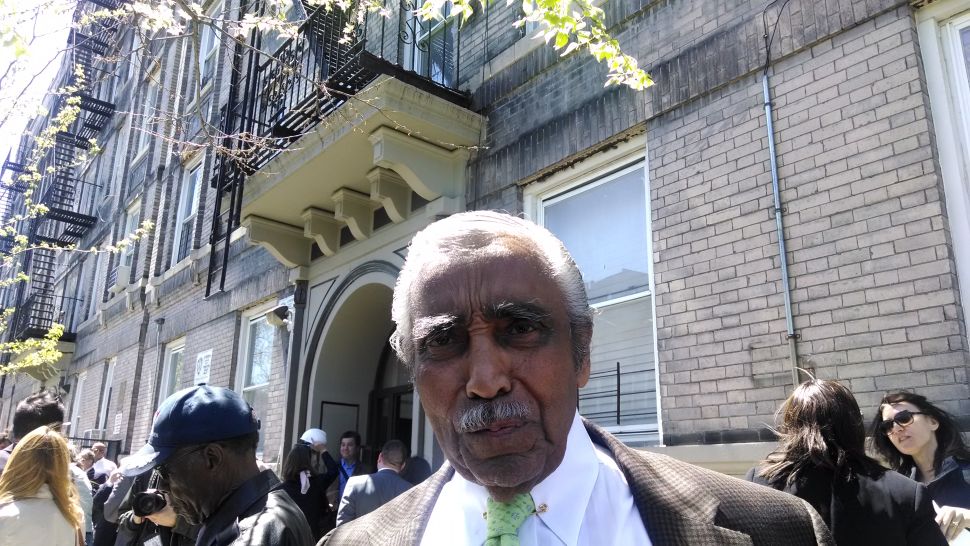