“She’s here,” said a tall German woman in a full-length leopard-print dress. She and others at the Hotel Chelsea Storefront gravitated to the narrow doorway for the entrance of Princess Gloria von Thurn und Taxis, whose installation of 60 hand-drawn portraits of famous people, all vaguely connected to the Chelsea Hotel, opened last night. The Princess did not disappoint. Sporting an American flag helmet, she pulled up to the sidewalk on a motorcycle.

As she peered out eagerly through her bug-eyed glasses, there was little trace of the 1980s wild-child who reigned in the Studio 54 crowd. She was dressed in a flowing black shirt and black pants. A woman in an oversized black hat announced to no one in particular, “I expected her to dress more funky.”

She dismounted the motorcycle with surprising grace and entered the gallery with architect Peter Marino on her side, decked out in one of the flamboyant leather outfits he is known for–metal necklaces clinking as he walked.

In the gallery, which still has some of the hotel’s original plastering, Princess Gloria’s drawings lined the walls. “We wanted a place where people could experience the Chelsea while the hotel itself is under construction,” said Edward Scheetz, who is heading the reconstruction of the hotel. The installation was commissioned by Richard Pandiscio, one of the Chelsea’s branding consultants, and will be on view by appointment until June 25. None of the works are for sale.

Jeffrey Deitch, the former director of L.A. MOCA, perused the portraits, which were reminiscent of the pastel caricatures people draw on easels in front of the Met, seeing if he could identify the celebrities on the wall. He recognized most of them. “I never expected that this person whom I have known for going on 30 years had all this artistic talent brewing inside,” said Mr. Deitch. “I like the sympathy in the portraits. She gets the character.”

Meanwhile, guests let out screams and ran across the room whenever they saw someone they knew, which was often. About an hour into the party, the room was muggy from all the body heat as people packed into the gallery. Everything was a blur of horn-rimmed glasses and rainbow mohawks, which acted like something of an ode to the hotel’s trashier salad days. (“The Chelsea is like my mom,” said Susanne Bartsch, the aging event producer who used to throw gaudy extravaganzas at the Copacabana and who still keeps an apartment at the Chelsea.) Wine was spilling everywhere. The scent of weed stank up the room.

Amidst the chaos, Princess Gloria told us she plans to continue her drawings, which she started making intensely a year and a half ago. She said she uses pastel because it “was the easiest way for me to start. My next step will be to try and master oil painting.”

The art itself seemed to remain in the background, though one man examining a work shouted, “That one really gets the character and it probably only took her 15 minutes!” In reality, Princess Gloria said, they take her about an hour and a half. 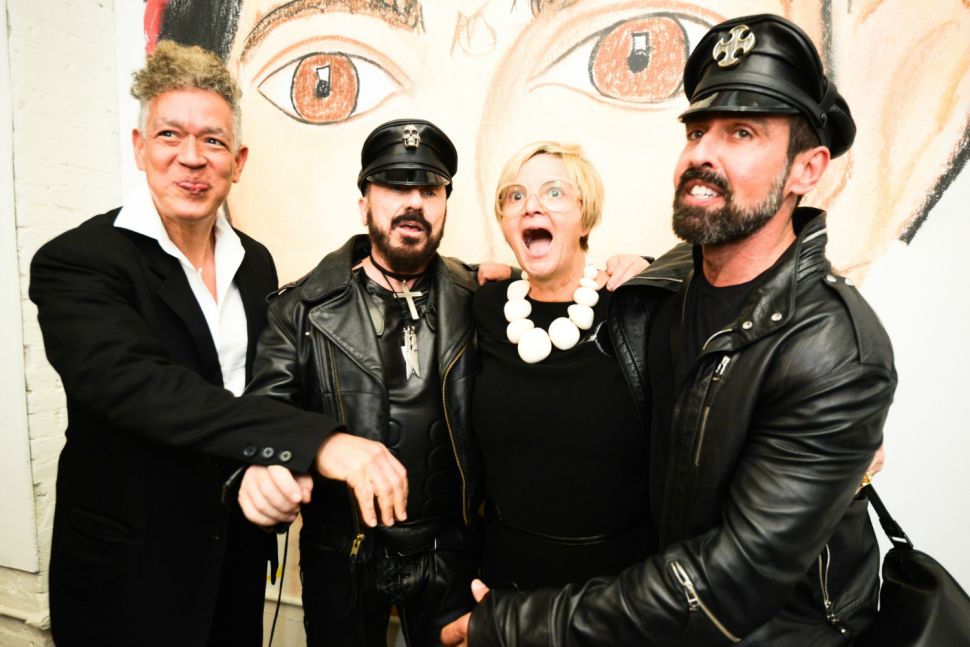