Facing an ultimatum handed out by Senate President Steve Sweeney earlier today to self-reform or suffer greater political oversight by the state, the Rutgers University Board of Trustees have approved a resolution agreeing to review the school’s governance structure over the next 90-days.

Though brief, the resolution states that “the Board of Trustees will, over the next 90 days, and thereafter, review its governance structure and will continue to review and evaluate the Joint Task Force on Governance Report, and will welcome a dialogue with legislative leaders.”

It also reaffirms the board’s opposition to S-1860, a measure proposed by Sweeney and passed on the senate floor this afternoon that would increase the number of politically appointed members on Rutgers’ Board of Governors to 19, up from its current complement of 15.

“Be it resolved that the Board of Trustees of Rutgers, The State University of New Jersey, hereby declares that it opposes S. 1860 and deems it an unlawful attempt by the State to alter the governance of Rutgers,” the resolution states.

The Joint Task Force on Governance Report, commissioned by the two boards’ leadership last year to pinpoint problems with the school’s governance structure and offer solutions for resolving it, was kept private from the public until Sweeney demanded the school release it at a Senate Education Committee hearing two weeks ago.

Among other things, it recommends drastically decreasing the size of the board of trustees, lowering the number of voting members sent to committee meetings, and consulting with the governor and legislative leadership on the state level about their appointees to the boards.

Sweeney wants the Trustees, who he’s clashed with before (he went so far as to author legislation calling for the advisory board’s total elimination last year), to revamp the school’s governance structure based on that report’s recommendations.

“There is universal agreement that the governance structure of Rutgers is in need of reform,” Sweeney said in a statement released shortly after the bill passed the Senate. “That is why I will give Rutgers’ Governing Boards 90 days to act on the very changes called for in the Reverend Howard Report.”

The Board of Governors is Rutgers’ main governing body and is tasked with taking care of the school’s budget, tuition, and other major campus decisions. The Trustees, a remnant of the school’s days as a private college, is in charge of all the land and assets the school held before it became the state university in 1956.

It’s unclear, given the language used, whether Sweeney will accept the resolution as compliance with his ultimatum.

Amidst the turmoil, the board of governs elected Greg Brown, chairman and chief executive officer of Motorola Solutions and a Rutgers alumnus, to chair the governing body at their meeting earlier today. They also announced two endowed chairs in medicine.

Sweeney’s bill required that two of the additional four governors possess medical backgrounds, as part of an effort to get the school’s main governing body to better reflect its recent merger with the University of Medicine and Dentistry. 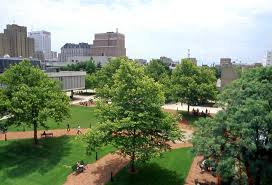