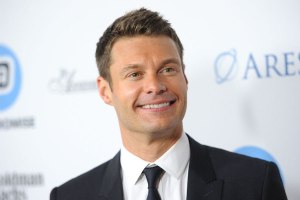 Ryan Seacrest, the host of American Idol and the producer of Keeping Up With the Kardashians, has been named a trustee at the Los Angeles County Museum of Art. The announcement roughly coincides with the launch of Mr. Seacrest’s new clothing line, which will be available this fall at Macy’s and is called “Ryan Seacrest Distinction.” My press release states with great directness that “Mr. Seacrest collects postwar and contemporary art.” Other appointees include Nicole Avant, Anne Emerich Palmer and Ann Ziff.

Clay Aiken, who won the second season of American Idol and could very soon become a North Carolina congressman, was not available for comment.