Christie this morning told a town hall forum crowd that there’s “no more candy” to dispense.

“The governor’s obviously right,” said Schaer, hours after gaveling out his committee that passed the Democrats’ $34.1 billion budget. “There’s no candy. But that’s not the issue. The problem is our Republican colleagues are not confronting the issue. The issue is how you meet the budget shortfall. No Democrat wants new taxes but no Democrat wants continued fiscal irresponsibility. Not meeting our pension obligation this year will cost New Jersey $5 billion more.

“The governor’s saying ‘no new taxes,’ but what he’s not saying is how to pay for the budget shortfall,” Schaer added. “We Democrats have been poor communicators, but how do you meet the budget shortfall? The Republicans offer no plan to pay for the Transportation Trust Fund, to pay for higher education, for K-12 education and to meet our budget obligation. The only response from our colleagues is ‘we’re not paying for it.’ That’s not a plan. That’s not an answer. I have great respect for the governor. I have great respect for his ambition. But that’s not the issue. The Democrats have presented a plan. I’m not suggesting it’s the best plan. I’m not suggesting it’s even a good plan, but it’s a plan. The governor is saying, ‘I’m not paying.’” 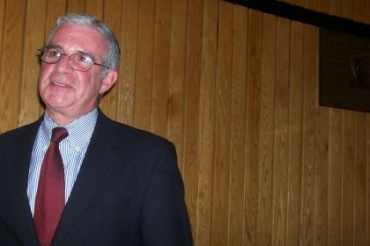